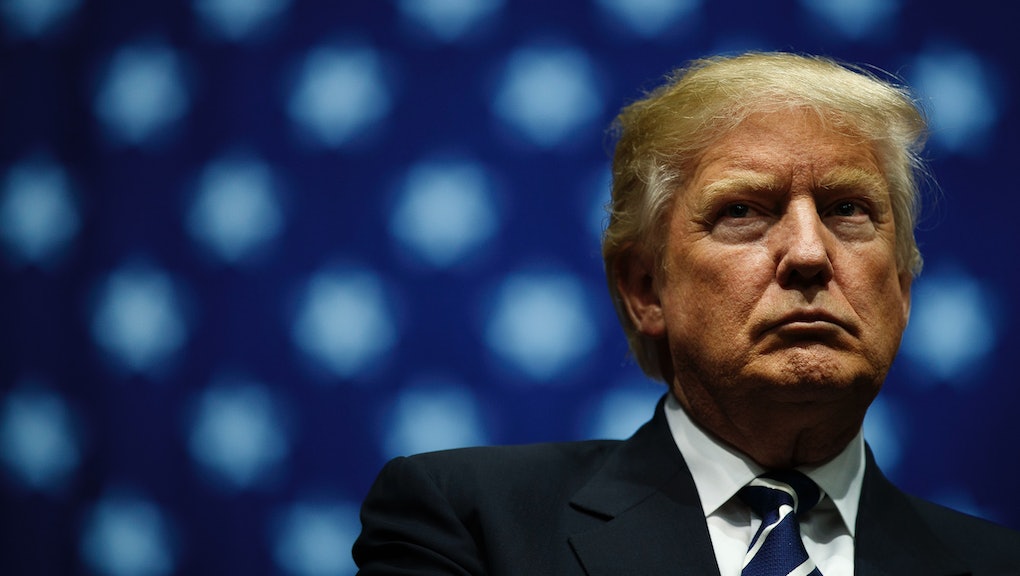 At a Donald Trump rally in January, former vice presidential candidate Sarah Palin promised that Trump would be a commander-in-chief who would "kick ISIS' ass."

But a new report on Monday from the United States Institute of Peace says not so fast. Completely eliminating the terrorist organization requires not just destabilizing the Islamic State group's hold on territory or taking down the group's leaders, but getting to the root of the problem — extremist ideology. And that's easier said than done.

"The organization is certain to survive in altered physical form too, perhaps as a more traditional terrorist organization," the report says. "Elimination of the group's territory may not fundamentally undermine its endurance."

According to the group, ISIS would still be able to take advantage of tensions and vulnerability in Iraq, Syria and Libya over the next decade to maintain its influence in the region. The report predicts that the group will likely be able to expand its power into countries like Algeria, Egypt, Indonesia, Somalia, Tunisia and Yemen.

The report identifies six "enabling conditions" allowing violent extremism to thrive in those areas, including political instability, economic downturns and social media. Of course, tackling these problems in multiple countries is far from a one-man job.

Trump, who in August claimed President Barack Obama was the "founder of ISIS," hasn't been extremely forthcoming about his strategy for defeating the terrorist organization.

Trump said he would "bomb the hell" out of ISIS in a radio ad in November 2015. He offered precious else when asked about his approach to taking down ISIS in an NBC News interview in September of this year. "I have a substantial chance of winning," Trump said at the time. "If I win, I don't want to broadcast to the enemy exactly what my plan is."

Trump later said if elected, he would give military generals 30 days to provide him with comprehensive plans to defeat ISIS. According to CNBC, he said he would draw on their plans and his own ideas to destabilize and eliminate the group.

The institute advised against "taking the bait" from extremists in its report, though.

"ISIS and al-Qaeda have both deliberately tried to lure the United States into a wider military confrontation — on their turf," the report reads. "Terrorists historically have tried to provoke adversaries into actions that are costly, messy, deadly and, in the long-term, ineffective."

Any rash actions could also backfire and end of stoking the very polarization that leads to extremism. All in all, eradicating the organization will prove to be difficult if not altogether impossible.

"Extremist organizations quickly morph and adapt tactics — often faster than large bureaucracies and major armies," concludes the report. "The reality is that jihadis may always be one step ahead."