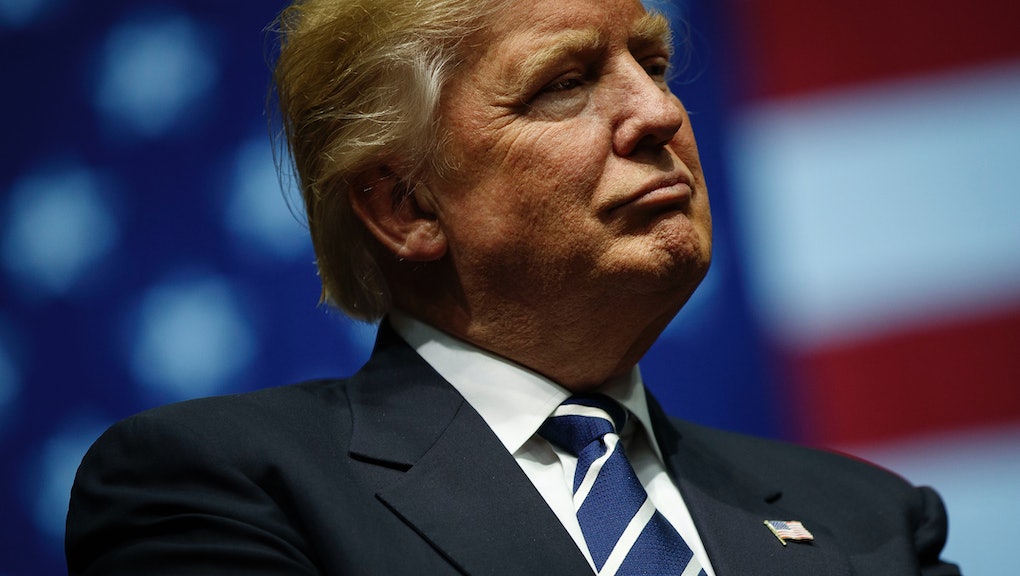 On Monday morning, President-elect Donald Trump tweeted about Lockheed Martin, makers of the F-35 fighter jets, with which the U.S. military has a contract.

The company's market value then quickly plummeted by more than $4 billion in the space of a few hours — with shares dropping by more than 4% before bouncing back, ending the day nearly 2.5% lower.

The initial drop was almost as if each character in Trump's tweet costed more than $28 million, as CNBC noted.

The Department of Defense's fiscal year 2017 budget proposal, released in February, outlines a contract with Lockhart Martin worth more than $10 billion for 63 F-35 jets.

Trump's latest tweet is not the first example of how the president-elect's criticisms — tweeted or not — can move markets.

On Dec. 6, Trump sent out a tweet about Boeing, commissioned to build Air Force One. "[But] costs are out of control, more than $4 billion. Cancel order!" Trump wrote. Subsequently, the company's stock price fell by 1%, though it has since bounced back.

Then on Dec. 7, biotech stocks took a dip after Trump made negative comments about drug prices to Time.

Of course, conversely, some companies anticipate benefitting from a Trump administration, and private prison stocks, for example, rose in the aftermath of the election — along with the broader market.

Goldman Sachs in particular is a big winner in the so-called "Trump bump": As the tweet below from Center for American Progress economist Michael Madowitz points out, roughly a quarter of the recent gains for the Dow Jones Industrial Average have come from a rise in Goldman Sachs' stock price alone.

Incidentally, several picks for top economic positions in the Trump administration have been Goldman executives.

Many investors clearly see buying opportunities in Trump's policies — and even his tweets — but the sustainability of current market exuberance has not yet proven itself, and risks remain.

For example, Trump's antagonizing China — from speaking with the Taiwanese president to accusing China of currency manipulation — is ruffling diplomatic feathers and raising fears of a trade war.

"Getting tough with China, especially if it really does precipitate a trade war, would immediately lead to parts shortages and finished products shortages in practically every industry that we have," SCM World economist Kevin O'Marah told U.S. News and World Report.