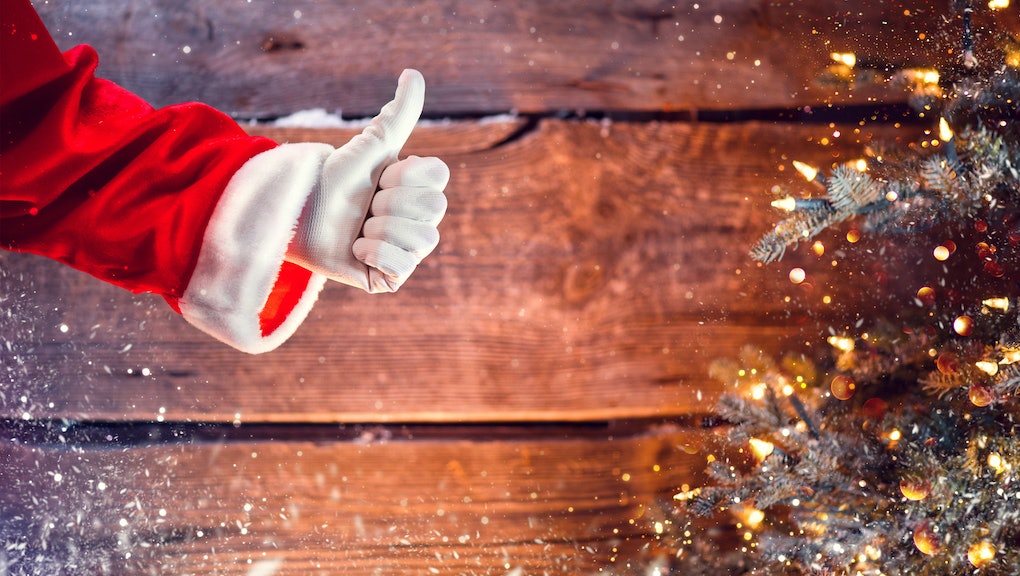 Santa and Mrs. Claus are using LinkedIn to find work

Bet you didn't think you'd have so much in common with Santa: It turns out both of you might be using LinkedIn for work.

A LinkedIn search for "Santa Claus" produces more than 10,000 results with a seemingly endless stream of professional Santa Claus profiles.

Some even come with a real beard, a missus or — if you really strike gold —both.

"Professional, real-bearded Santa and Mrs. Claus," one profile from Wisconsin reads. "B'Claus 'It's Christmas!'" another from New York quips.

Oddly enough, LinkedIn seems to be the preferred site for Santas.

Other platforms on which you can find freelancers, such as TaskRabbit or Upwork, don't turn up much via search, Mic found.

If you're looking to make more moolah, Santa's salary isn't too shabby: Median pay per hour for a mall Santa is $25 according to PayScale, though if you are lucky, the hourly figure can range between $100 and $200 depending on your experience level.

Of course, being Santa isn't always an equal opportunity position: If your appearance doesn't match up with what certain people believe Santa "should" look like, getting work can be tough — and even if you get the gig, you might face backlash, as the Mall of America's first black Santa recently learned.

But if you can find the right employer and make it work, Santa Claus-ing is a solid way to supplement income, especially if you're struggling to make ends meet.

"I would say about five, six years ago, I had $250,000 in equity in my home. Now, I'm about $100,000 negative," a Lockheed Martin aerospace engineer told the New York Times in 2011 to explain why he was attending Santa Claus school in Michigan.

While the unemployment rate is low relative to recent history — it's currently at about 5% — the current labor force participation rate reveals that more than a third of adults are not working: For many, gig work helps bridge a financial gap.

"When I retire I don't believe I can just live off Social Security," the Santa student added. "I'd rather do something that has a little bit of a redeeming value, to make children feel good. And, yes, I'll be making money, too, but I'll be looking forward to it."

Pretty sure you are not cut out for that Santa life? There are other holiday-themed gigs that could mean money in the bank.

Or — you could always be one of Santa's helper elves.