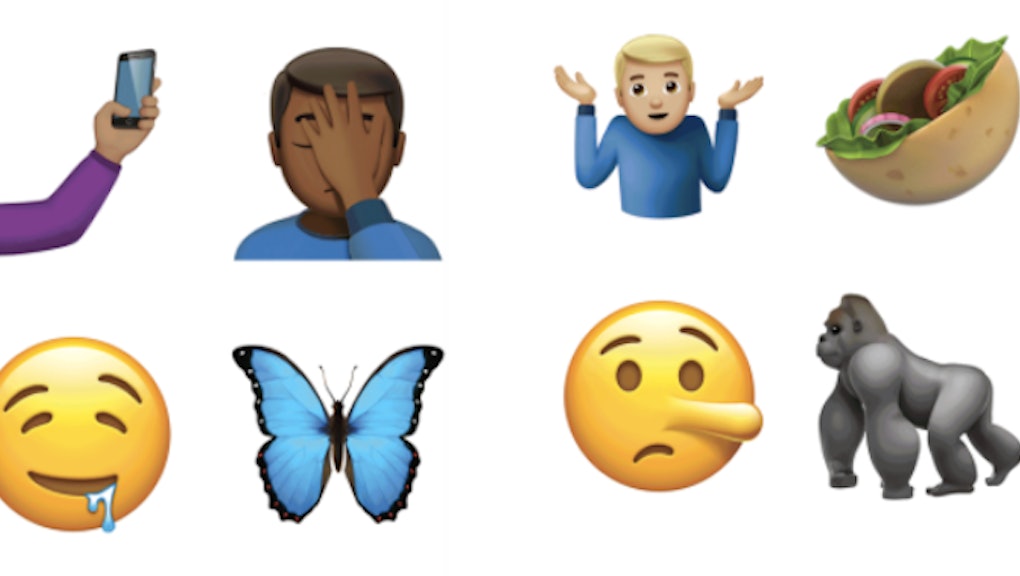 After months of beta testing, iOS 10.2 has finally arrived. The software update brings some significant changes iPhone and iPad users will be eager to use straightaway. Here are some of the most exciting features in iOS 10.2.

Apple's new TV app was previewed at October's MacBook event and it's definitely the star of iOS 10.2. The feature joins together various streaming apps like Hulu and HBO Now (no Netflix or Amazon, unfortunately) onto a unified platform where users can watch content and discover curated recommendations.

A slew of new emojis come with iOS 10.2. In total, more than 100 have been added to the emoji keyboard, including in-demand icons such as a gorilla (aka Harambe), Pinocchio, an avocado and a firefighter. Apple created a neat GIF to showcase some of the new additions, and if you want an in-depth look, Emojipedia made a video featuring all of the iOS 10.2 emojis.

Apple has made a small but effective tweak to the Apple Music app: Shuffle and repeat buttons are now prominently visible on screen, whereas before you had to swipe up to reveal the options. It's simple, but it makes the app much more navigable.

Another subtle but necessary upgrade has been implemented in iOS 10.2. Now you can preserve your device's camera settings so that when the app is reopened, it will launch with the previously used options — camera mode, filter, Live Photos and so on. It will help save users who shoot with a preferred style time and effort.