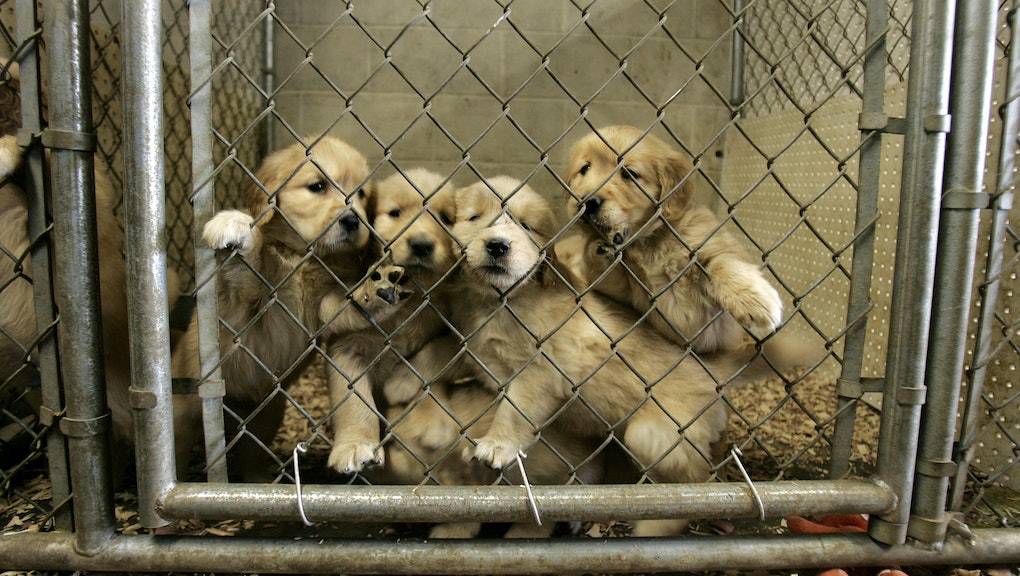 President-elect Donald Trump's administration is slowly taking shape, and more than a few of his leadership picks have aroused concern either for their personal histories or questionable qualifications. But one of Trump's most recent picks to helm his transition, Brian Klippenstein, has an almost cartoonishly-villainous history protecting puppy mills from regulation that would make them more humane.

According to its mission statement, which opens with the warning "Your rights and ability to feed your family are under attack," Protect the Harvest exists in part to "inform America's consumers, businesses and decision-makers about the threats posed by animal rights groups and anti-farming extremists."

A promotional video on the group's website stresses the importance of "defending our traditions," and includes photos of performing elephants — a "tradition" that is currently being phased out because of the stress the elephants endure.

Klippenstein's organization has also, as Mother Jones reported, worked to fight legislation which would regulate puppy mills, factories in which puppies are bred to be sold in pet shops and malls. The bill that Protect the Harvest fought against proposed requiring "large-scale dog breeding operations" to "provide each dog under their care with sufficient food, clean water, housing and space."

The dogs who are forced to breed new litters in puppy mills may go their whole lives without leaving the cages they live in — sometimes never touching grass or meeting people. One former puppy mill employee who wrote about his experiences in Vice, described it as "an industry of torture" where hundreds of dogs, many of them sick, live in cages piled on top of each other.

Klippenstein will join Joel Leftwich, Republican staff director for the Senate Agriculture Committee and a former lobbyist for DuPont, in leading the USDA transition and choosing a new chief. And while Klippenstein himself may not have a lasting role in the Trump administration, his fingerprints will be on the USDA for many years to come — and, considering his record, that may be cause for alarm.