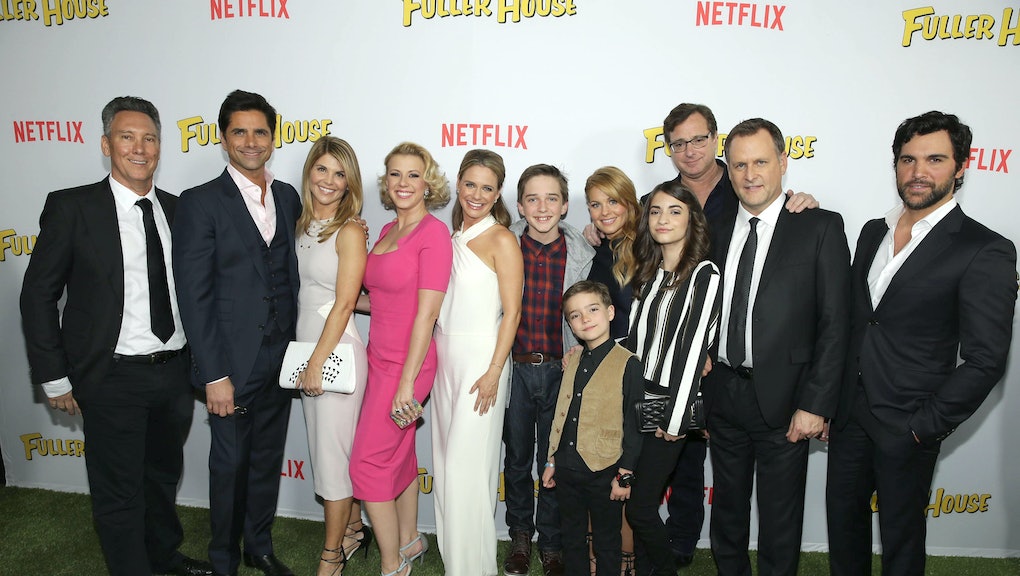 Co-written by Jesse Frederick and Bennett Salvay, the original Full House theme song — "Everywhere You Look" — wasn't that great of a tune when the show premiered in 1987. However, the songwriters struck a literal and figurative chord with audiences by delivering a formulaically catchy song right from the opening riff.

In the '80s and '90s, sitcom theme songs were miniature anthems that underpinned the nature of the show and its characters. They had intentionality and were often written for a specific sitcom; you sing along to Frederick and Salvay's Full House, Step By Step or Family Matters theme songs not because you want to, but because you can't help yourself. Check out the lyrics for the original Full House theme song:

Who better to call upon for a contemporary spin on an unmistakable earworm than Carly Rae Jepsen, the pop star responsible for one of the most infectious songs of 2012 — and arguably the last decade — "Call Me Maybe"?

According to an interview with Rolling Stone, Full House was the 30-year-old singer's "favorite TV show growing up." When the opportunity presented itself, Jepsen was adamant about fitting in studio time to record the cover:

"It was casually mentioned in one of those phone calls, and I said, 'What? We have to make time for this!'"

The Fuller House version of "Everywhere You Look" draws in new viewers with a saccharine-sweet pop sensibility the original tune lacked. Save for a new verse and fresher production value, the updated cover appeals to nostalgic fans and new viewers alike as Jepsen sings:

Whatever happened to the good old days?

With a bigger viewership than hit shows like The Walking Dead, IndieWire has called Fuller House "one of the most-watched TV series of the year." With a likely third season on the horizon, you can watch seasons one and two on Netflix now.