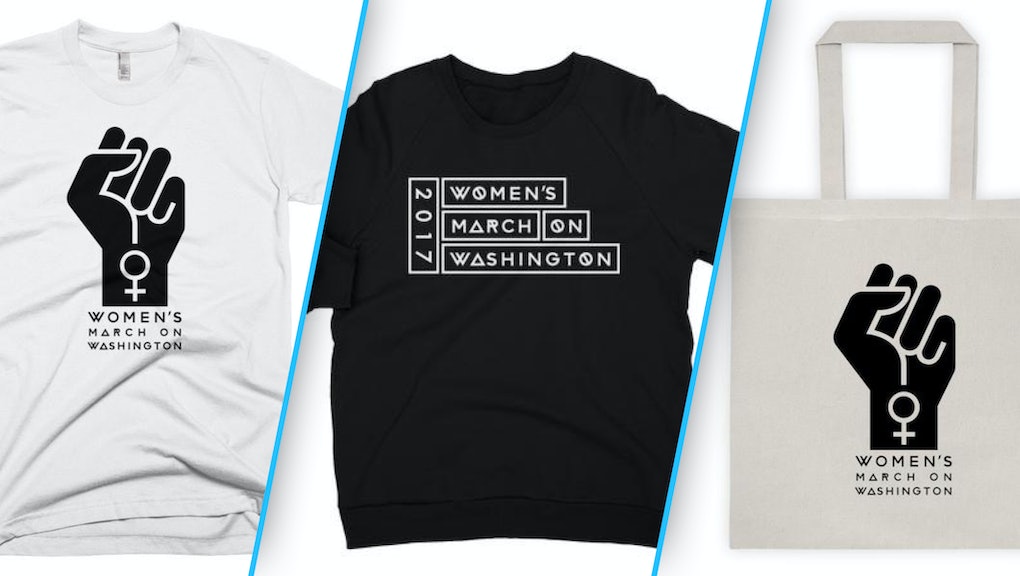 On the morning of Jan. 21, 2017, the day after the presidential inauguration in Washington, D.C., over 100,000 women and supporters of women are expected to swarm the capital for the Women's March on Washington.

The purpose of the march, which will begin right near the United States Capitol at 10.a.m. EST and continue along the length of the National Mall, is to show the new president and his administration, as well as people across the country and the world, that people are outraged at the results of the election, and won't be standing silent in the years to come.

So to make sure that as many people can get to the march as possible, the feminist clothing website the Outrage, which specializes in clothing with a message, is donating 100% of profits from its latest collection to subsidize travel costs for march participants with limited financial means, by way of giving funds to various regional groups that are already raising money for women to attend the march, like this GoFundMe.

"We believe that for feminism to be truly powerful it must be inclusive and all voices need to be at that table," Becca Lee Funk, one of the Outrage's founders, said in an interview. "This is an important moment in history to show the world what we stand for, and through the Outrage we are allowing people to do exactly that. We've found that people are more interested now than ever to have their purchases reflect their values."

Most of the Outrage's swag comes with some sort of charitable donation. If you buy an item from its Nasty Women collection, for instance, 100% of proceeds go towards a donation to Planned Parenthood in Donald Trump's name. Back in November, the Outrage made headlines because of its Pantsuit Nation collection, which promised to donate 100% of profits from sales of that collection to Planned Parenthood as well.

So this is really just the Outrage giving people yet another opportunity to give back — and take action. According to Funk, she sees this march as the next fight for women, after Clinton's loss.

"Every day we get emails from women not only supporting our mission, but also asking how they can get involved and take action," Funk said. "We literally have people volunteering to come and help us get shipments out. The election results have sparked action across the board — our partner organization She Should Run has seen a dramatic rise in interest from women interested in running for political office. We couldn't be more excited about it."

You can learn more about the March on Washington here and see more of the Outrage's collection here.