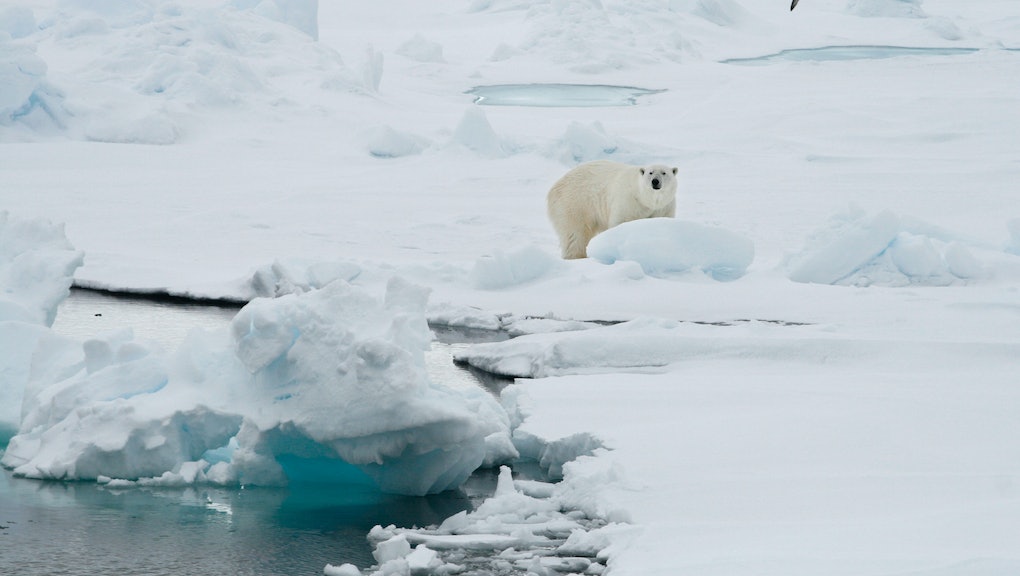 In an annual review of environmental changes in the Arctic, scientists at the National Oceanic and Atmospheric Administration reported that 2016 brought an "unprecedented warming air temperature" in the region, leading to a record decline in sea ice.

"Rarely have we seen the Arctic show a clearer, stronger or more pronounced signal of persistent warming and its cascading effects on the environment than this year," NOAA Arctic Research Program director Jeremy Mathis said, according to the report.

This "persistent warming" is even more dramatic than what we're seeing worldwide — the Arctic is heating up at double the rate of the average rise in global temperature. This year also brought a record low in snow cover, with May snow levels reaching a low never before seen by scientists, who began observing the snow fall rates in 1967.

"While the science is becoming clearer, we need to improve and extend sustained observations of the Arctic that can inform sound decisions on environmental health and food security as well as emerging opportunities for commerce," Mathis said.

But even as scientists continue to observe record highs and lows in global climate that spell out devastation for the environment as well as human lives, President-elect Donald Trump continues to cast doubt on the issue of climate change.

In an interview on Fox News on Saturday, Trump insisted "nobody really knows" if climate change is real.

"It's not something that's so hard and fast," Trump said, reiterating that he's "open-minded" on the subject, a stance he pushed in a November sit-down with the New York Times.

However, many of Trump's actions suggest otherwise. Since being elected, Trump has not only surrounded himself with climate change deniers, but have appointed them to his cabinet.

Scott Pruitt, incoming head of the Environmental Protection Agency, has continually fought against environmental regulations during his time as Oklahoma Attorney General, even suing the EPA itself for spending money on what he claimed was an "out-of-control anti-energy agenda."

Meanwhile, former Texas Gov. Rick Perry once proposed shuttering the Energy Department — the very department Trump has now picked him to lead. Rex Tillerson, Exxon CEO, will have the power to approve the Dakota Access pipeline or negotiate a withdrawing from the Paris agreement in his role as secretary of state.

"I am concerned that some elite American politicians deny science," he told Reuters. "You will be in the Middle Ages if you deny science."

Or we'll be underwater.