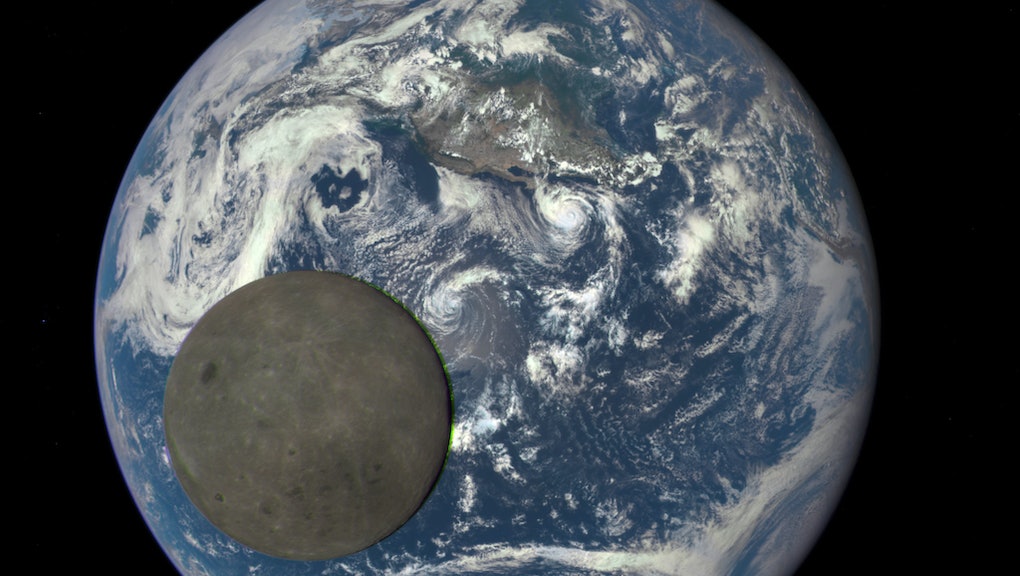 NASA scientist: Earth is in no way prepared for an asteroid collision

An asteroid on a collision course towards Earth is a recurring theme in Hollywood movies, but a recent meeting of the American Geophysical Union explored the likelihood of an impact from outer space — and the findings are somber.

According to Joseph Nuth, a researcher with NASA's Goddard Space Flight Center, humans are ill-prepared for a surprise asteroid or comet. "The biggest problem, basically, is there's not a hell of a lot we can do about it at the moment," he told attendees in San Francisco on Monday.

According to the Atlantic, NASA started tracking 5,000 potentially hazardous objects, or PHOs, including asteroids. As space rocks are discovered every night, the number of PHOs exceeds 700,000.

While large and dangerous asteroids are very rare, Earth is still vulnerable to a comet collision. Comets can approach Earth at a higher speed, which means that it could strike our planet only 18 months after it was detected.

To be able to fend off hazardous rocky bodies, Nuth recommended NASA build an interceptor rocket alongside an observer spacecraft, thus cutting the 5-year-long response time to hazardous objects to less than 12 months. Yet even that, Nuth warned, would still make Earth vulnerable.

On Sept. 8, NASA launched OSIRIS-REx, a spacecraft that will travel to a near-Earth asteroid called Bennu. According to NASA, OSIRIS-REx will bring at least a 2.1-ounce sample to understand how planets were formed while improving our understanding of a possible asteroid impact on Earth.

Meanwhile, scientists have discovered ways to deflect an asteroid, such as a kinetic impactor that works like a cannonball. "Cannonball technology is actually very good technology, intercepting an object at high speed actually ends up being more effective than high explosives," Cathy Plesko, a scientist at Los Alamos National Laboratory, told the Guardian.

Others, however, doubt that an asteroid collision would lead to the end of life on Earth as we know it. Forbes's Ethan Siegel found that "the odds of a city-killer asteroid striking Earth are below 0.1% every year, and most of the ones that will hit us will land in the ocean (70%) or over a relatively unpopulated area (25%)." He concluded: "Don't let the catastrophic consequences in the game of 'what if' blind you to the realities that of all the natural and human-caused disasters facing Earth, asteroids aren't the one that should be topping our priority lists."