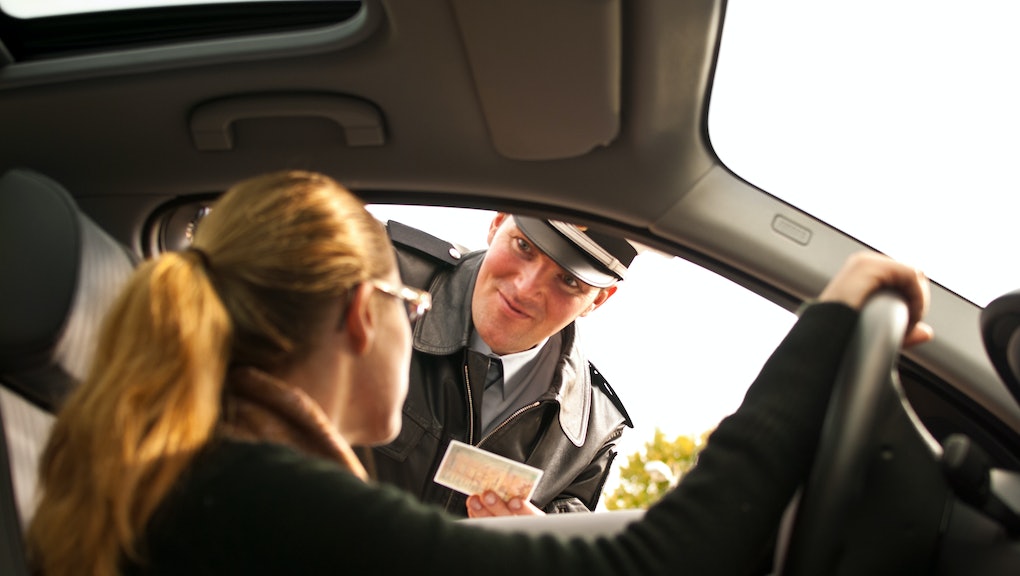 New Jersey State Trooper pulled over women to get their numbers

Being pulled over is a nerve-wracking thing. If the reason for the traffic stop turns out to be that the police officer just wanted to hit on the motorist, being pulled over becomes infuriatingly annoying. And also deeply inappropriate — an arrest-able offense — as New Jersey State Trooper Marquice Prather learned from personal experience over the weekend.

On Friday, Prather was arrested for repeatedly "pulling over young women between the ages of 20 and 35 and soliciting them to go on a date with him or give him their phone numbers," according to a press release from the New Jersey Attorney General's office.

As NJ.com reported, the State Police got wise to Prather's cruising when a number of women came forward reporting similar, sleazy behavior from the trooper. Upon investigation, the State Police Office of Professional Standards found that Prather seemed to have turned off his microphone for these stops, later claiming technical malfunctions. He also allegedly lied about the gender of female drivers he'd pulled over to hit on when he recorded the interactions.

According to the press release, the third-degree charge comes with a possible prison sentence of three to five years, while the fourth degree charge could mean 18 months behind bars. Both carry hefty fines. Prather is currently out on bail and under suspension without pay for his habit of sexually harassing civilians.