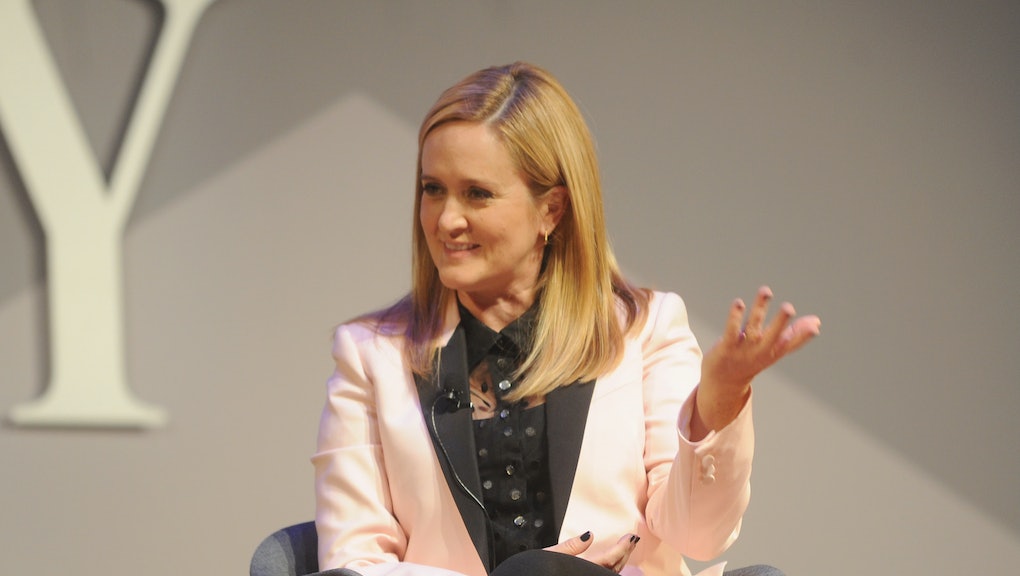 Samantha Bee was the best entertainer of 2016, not Ryan Reynolds

One successful movie does not an entertainer of the year make. It was true of Jennifer Lawrence last year, and it's true of Ryan Reynolds this year.

After bizarrely snubbing Amy Schumer for entertainer of the year despite a dynamite 2015, Entertainment Weekly has made yet another perplexing choice for the crown: Reynolds, star of Deadpool. As we noted when it chose Lawrence last year, Entertainment Weekly makes this choice in pretty arbitrary fashion. Publicists, publication dates and hot projects all affect the final result. But Reynolds' selection feels like a reward for a decent comeback thanks to Deadpool, not for a full year of strong work.

Consider those who dominated on multiple fields this year, like Lin-Manuel Miranda (for Hamilton and Moana), Viola Davis (for How to Get Away With Murder and Fences) or Beyoncé (for Lemonade and being Beyoncé). But there's one woman whose contributions to 2016 feel seismic — at the cross section of entertainment and politics that befits this particular year.

Through her TBS show Full Frontal, Bee represented a specific kind of voice in late night. It wasn't that she's female, though she is woefully alone in that regard, despite how powerful her work about women often is. No, Bee's potency came primarily through her anger — and how unafraid she was to express that rage.

The 2016 election made Bee furious, just as it made many people in this country furious. Her voice became their voice; while hosts like Trevor Noah and John Oliver remained calm and collected, Bee was upfront in her anger. Whether she was insulting Donald Trump or expressing her dismay at the Pulse shooting in Orlando, Florida, she was unafraid to let loose.

Most impressively, she never succumbed to the darkness of what she was discussing. Instead, she found the humor in the fury — and made us laugh even when it seemed nearly impossible to do so.

We do not live in apolitical times. Every action can be seen as a statement, from Bee's raging rants to Jimmy Fallon tousling Trump's hair. (That made Bee mad too.) Late night is not a haven for getting away from the problems of the world. Bee knows this, and she used her show as a soapbox to deliver some of the most powerful, hilarious, cathartic statements about the news this year.

Bee has been sorely under-rewarded for her success, which has been baffling to experience. She regularly dominates next-morning news headlines; her takes after the debates and conventions became essential viewing. There was no one who interacted with the ugliness of 2016 in the way Bee did. If that doesn't make her the entertainer of the year — helping us smile through the shit — nothing will.