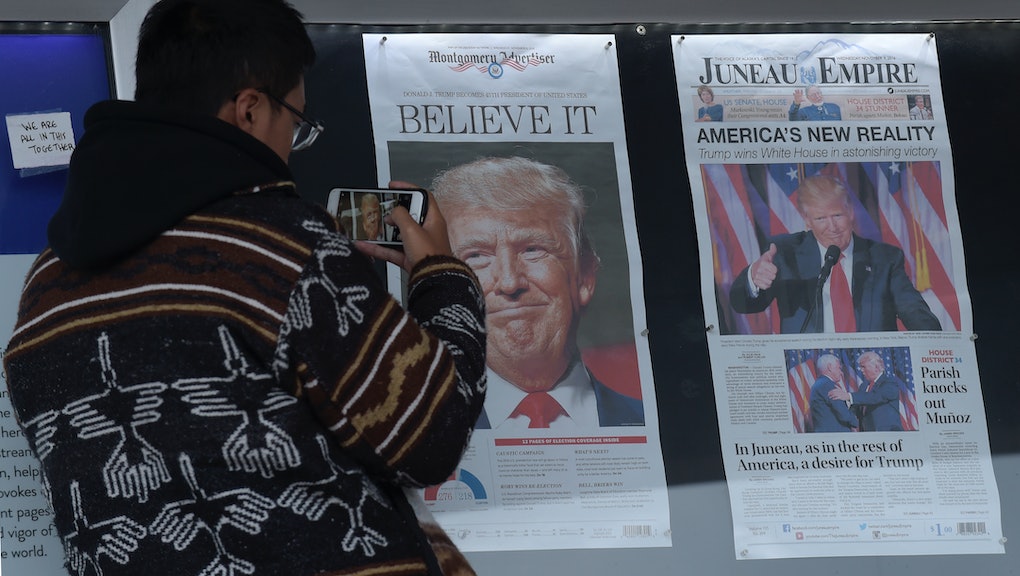 Plenty of young Americans chose not to vote in the November election that made Donald Trump their next president. Those who sought to cast ballots, though, faced high hurdles, a new study found.

In key states, including Ohio, Florida and Wisconsin, millennials had to fill out provisional ballots in outsized numbers, according to research funded by Craigslist founder Craig Newmark's foundation.

The survey found that efforts to erect obstacles to voting had a "disproportionate impact on nonwhite and younger voters," according to a release.

Nearly 1 in 4 millennials polled had to vote with provisional ballots — usually as a result of a question about eligibility — compared to just 6% of Baby Boomers and 2% of the older Greatest Generation.

"The poll," said a release that accompanied the results, "suggests ways that the voices of people of color and younger voters have been effectively suppressed."

Issues arose for millennial voters and people of color both in places with new voting restrictions — a result of the Supreme Court gutting the 1965 Voting Rights Act — as well as those without. Technological obstacles often played a role, as in Michigan, where there were reports of widespread voting machine failures.

"America's voting system is crumbling under the weight of outdated technology and unfair new voting restrictions," said Wendy Weiser of the Democracy Program at the NYU School of Law's Brennan Center for Justice in a statement. "It's time to come together to fix it."

This was the first presidential election cycle where changes to the Voting Rights Act were in effect, drawing heavy scrutiny before the Nov. 8 election.

Those concerns were borne out by experiences of white voters and their black and Latino counterparts, according to the Newmark-funded study.

The survey polled 3,050 people online and 450 by phone in Arizona, Florida, Ohio, North Carolina, Texas and Wisconsin, finding minorities were twice as likely to have voted by provisional ballot than whites.

Additionally, "14% of Hispanic voters said their eligibility to cast a vote was questioned by officials – the same percentage as white and black voters combined," the study found. Latinos were twice as likely to have had to wait 30 minutes or more to vote than whites.

About 30% of whites surveyed said they couldn't get time off from work to vote, compared to 34% of Latinos and 41% of blacks.

"Long lines, restrictions on early voting, challenges by poll workers, registration glitches – all of it adds up to stifling a whole lot of people who both want to participate and have a right to participate," said Newmark, the founder of craigslist.

A Newmark-funded survey released in March said young people face particular challenges at the polls because of factors including a lack of government-issued photo I.D. and confusion over registering at a parent's versus a college address.

A subsequent study showed younger, more politically outspoken people were likelier to face online harassment. The survey released Wednesday found twice as many Hispanic as white voters "were harassed or called derogatory names before the election," with most of the incidents occurring on Facebook and coming from family and friends.

Trump's win, however, can't be chalked up to disenfranchisement alone: As the study noted, turnout is partially a result of the decision of many people not to vote. America, according to studies by the Pew Research Center, among others, is moving toward greater polarization and eroding faith in government and institutions.