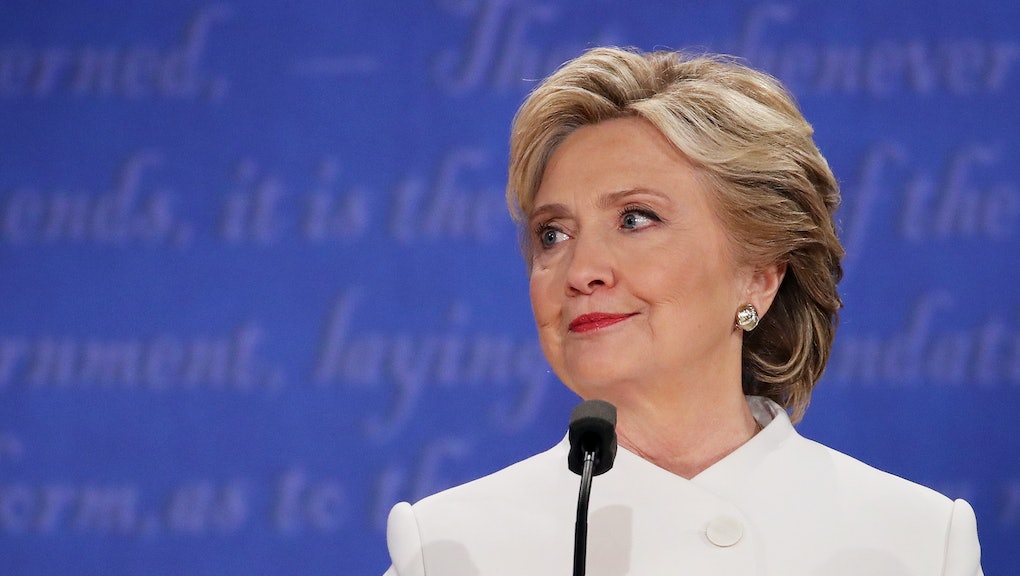 The "me at the beginning of 2016" meme has truly allowed us to express the sheer frustration, torture and total exhaustion this year has brought upon us. The deaths of beloved celebrities like David Bowie, Gene Wilder and Prince were also part of a particularly dark year politically — unless you're Donald Trump or into the idea of post-truth. But even the darkest cloud has a silver lining in that there were at least eight positive moments in politics that you can look back on fondly and remind yourself that 2016 wasn't a complete horror show.

On Dec. 4, the Standing Rock Sioux reservation stood victorious when construction of the Dakota Access pipeline was finally suspended. The U.S. Army Corps of Engineers declined the request for the pipeline's permit, awarding the protesters at Standing Rock an enormous triumph. The Standing Rock Sioux tribe argued that the pipeline's planned trajectory beneath Lake Oahe would contaminate drinking water and disturb sacred burial grounds, which is why protesters gathered at the site to defend the tribe and nearly 500,000 supporters signed a petition on Change.org.

7. Three more states got rid of the tampon tax

The issue of the tax on feminine products has existed for years, and some states are finally starting to get with the program. Connecticut Governor Dannel Malloy signed legislation to remove the tax in his state, and similar legislation passed in New York and Illinois. Chicago, in particular, voted in their City Council in March to "remove the city's sales tax on tampons and sanitary napkins to 'correct an unfairness to women.'" So there's one down! (By the way, in case you were wondering, Snopes has a map of all the states that currently do not have a tax on feminine products.)

6. The Paris climate agreement was enforced

As reported by Wired, "55 countries with 55% of the world's greenhouse gas emissions ratified the Paris climate change agreement" in October. The agreement came into force on Nov. 4. The main goal of the agreement is to hold the global increase in average temperature below 2 degrees Celsius above pre-industrial levels. So yay — you probably shouldn't look at this though.

5. Unprecedented rise in donations to Planned Parenthood occurred after the election, many of them in Mike Pence's name

According to Time, organizations like the ACLU and Planned Parenthood saw an "unprecedented" spike in donations after Donald Trump was elected president. Even better, more than 50,000 of these were in vice president-elect Mike Pence's honor, as of Nov. 23. And as of Dec. 8, the number had jumped to over 82,000, according to the Cut. Oh, and some more good news: There's still time to get Pence a gift for the holidays...

4. Sexual assault survivors now have a bill of rights

This hasn't been a banner year for sexual assault victim rights, but we can take solace in the fact that individuals who have survived this horrible crime now have an act protecting essential and important pieces of evidence for their cases. The Survivors' Bill of Rights Act guarantees them access to rape kits and ensures that these kits won't be destroyed, which, up to this point, has been unfortunately all too common.

3. A march for marriage equality in Taiwan brings it closer to becoming the first Asian country to legalize same-sex marriage

According to the New York Times, Taiwan may be the first country in Asia to legalize marriage equality. A march on Dec. 10, also International Human Rights Day, may help move this along, as an estimated 250,000 supporters circled around the Taiwan Presidential Office, as reported by the Gay Times U.K. Some say bills currently in the Taiwanese legislative system could pass as early as next year, but here's hoping we can squeeze in one more win before 2016 ends.

On election night, six women went on to achieve unprecedented victories across the country. Senator Kamala Harris became the first Indian-American woman ever elected to the Senate and California's first black senator, while Senator Catherine Cortez Masto from Nevada became the nation's first Latina senator. Senator Tammy Duckworth is now the "first female senator to have served in a combat zone," according to the Cut.

1. Hillary Clinton became the first woman to be nominated for president of the United States by a major political party

Yes, the results of this year's election have caused us to examine some serious issues that are deep-seated in our country, perfectly summed up in this one Patton Oswalt tweet. And yes, while it would be great to end this list with the pronouncement of the ultimate glass-ceiling shattering, it is still important to recognize how far Hillary Clinton came and that we can — and should — continue to press on and fight for progress no matter what.

Because some good things really have come out of this year, even if it did cause John Oliver and countless others to proclaim it the absolute worst. Therefore, we should stay determined to preserve those changes as well as continue to make new ones in the years to come.