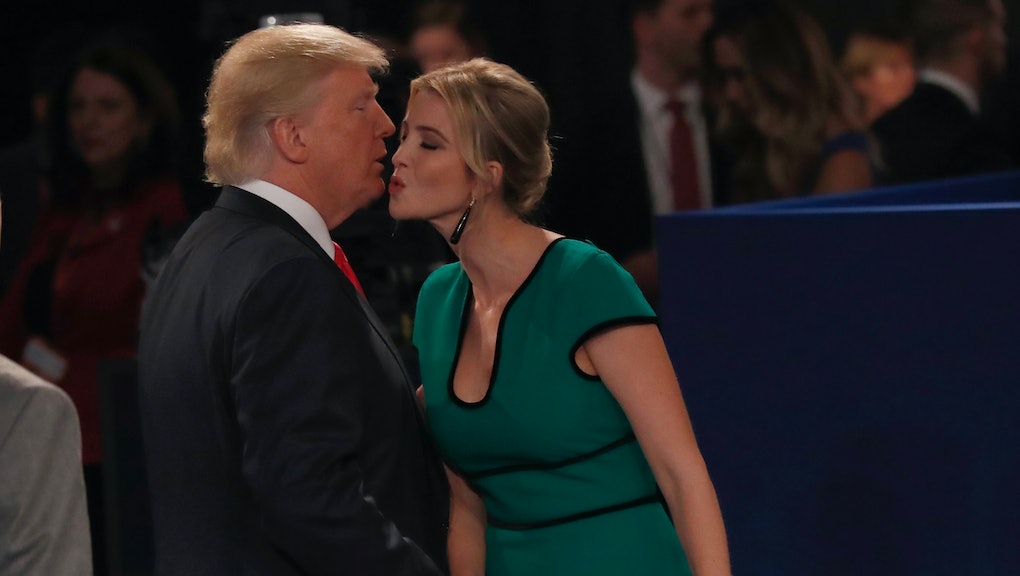 When news broke on Wednesday that Ivanka Trump, eldest daughter of President-elect Donald Trump, might be taking over the White House office typically reserved for the first lady, eyebrows raised — including those of Politico journalist Julia Ioffe, who responded with an unfortunate tweet.

"Either Trump is fucking his daughter or he's shirking nepotism laws," Ioffe wrote in the since-deleted tweet. "Which is worse?"

Soon after, Ioffe, who was slated to start a new job at the Atlantic, issued a series of apology tweets in which she called her statement "tasteless" and "offensive." Politico accelerated Ioffe's transition, ending her contract early. But for Trump's anti-Semitic supporters, it was game on.

Not everyone who saw Ioffe's original tweet balked at the suggestion of incest, lewd as it was. Some pointed out that Ioffe was simply saying what others had been thinking. Ivanka's hazy role in her father's transition team and potentially in his administration are among the many conflicts of interest Trump's presidency presents, and then there's his personal relationship with his daughter to consider.

It's no secret that Trump has said some crass things about his eldest daughter: The president-elect once gave radio host Howard Stern the go-ahead to refer to her as "a piece of ass." He has repeatedly insisted that, were Ivanka not his daughter, he would be dating her.

None of which excuses Ioffe, or justifies what's currently being said about her by Trump-loyal Twitter trolls.

It's not the first time Ioffe has faced religiously motivated hate speech from the right, nor is it the first time her tweets have sparked controversy. Ioffe's pinned tweet suggests that, at least for her, this is the new normal: