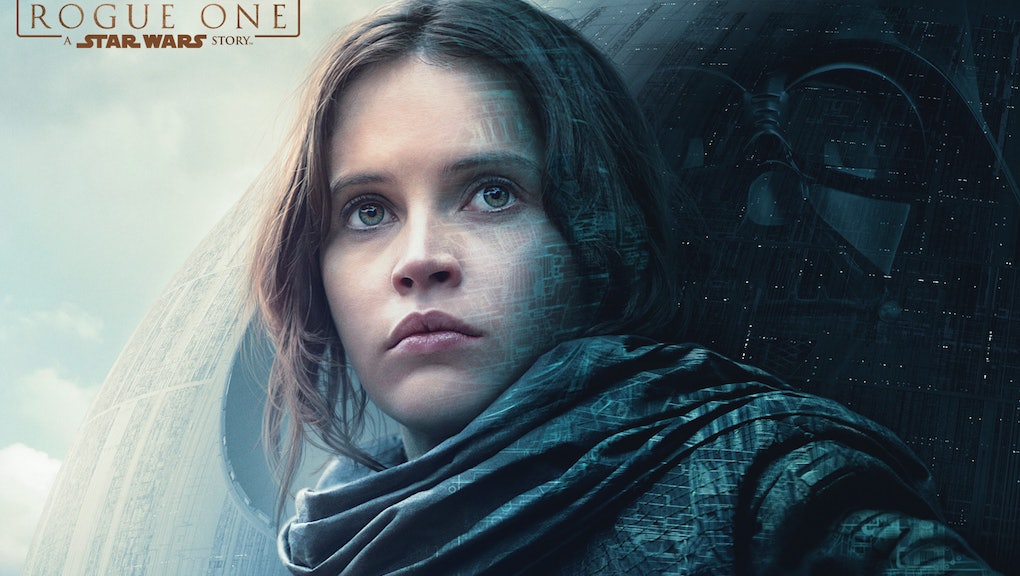 Will 'Rogue One: A Star Wars Story' feature a post-credits scene?

On Dec. 16, fans can once again return to a galaxy far, far away with the worldwide release of Rogue One: A Star Wars Story. Rogue One is the first of several planned Star Wars anthology films, and will tell the story of how the Rebel Alliance got their hands on the Death Star design schematics used to plan their attack in A New Hope.

We have a pretty good idea how their mission will unfold, but once the film ends, should fans expect a post-credits scene à la the Marvel films? According to The Wrap, it's not likely to happen.

Since the release of the original six Star Wars films, a recent trend in franchise blockbuster films has been the inclusion of a mid- or post-credits scene teasing the series' future. While originally seen primarily as a reward to fans who stayed in the theater for the credits, lately they have taken on a more important storytelling role within some franchises.

Marvel, another Disney brand, has perfected the effectiveness of the post-credits scene. In fact, it was the scene following the credits to Iron Man that first teased The Avengers. Every subsequent Marvel Cinematic Universe film has included at least one (and sometimes two) post-credits scene of varying importance.

Why are there no Star Wars post-credits scenes?

The Star Wars franchise, on the other hand, has never featured a post-credits scene. This may be in part because it never made much sense to do so: The original trilogy was released at a point where post-credits scenes were not common — and even if they were, said scenes, as used today, often set up related films and not direct sequels.

If Star Wars were to buck with the franchise trend of not including post-credits scenes, they likely would have done so during The Force Awakens, the first release of the sequel trilogy. Though, in reality, what would they have shown? The film's ending was nigh perfect, and with Episode VIII set to pick up where that film left off, there was little need for an additional tease. (Did anyone not mark their calendar for Episode VIII immediately?).

While a post-credits scene is about as likely as a Storm Trooper hitting their target, it wouldn't be completely out of left field if Rogue One — the first of the Star Wars anthology films — finally broke the mold. Now, more than ever, it would make sense for Lucasfilm to finally give a post-credits scene a shot. With the forthcoming Han Solo spin-off starring Aldren Ehrenreich scheduled for 2018, a tease at the end of Rogue One would be the delight of Star Wars fans everywhere.

Rogue One, though, has been set up as a self-contained story, so it would not be all that surprising if the film's ending was neatly packaged without need for any further tease. For fans that are upset at the news that there will most likely not be extra scenes following Rogue One's credits, do not worry. There is over two hours of additional story in the form of Star Wars: Episode IV - A New Hope.

Rogue One: A Star Wars Story will be released in theaters on Dec. 16.