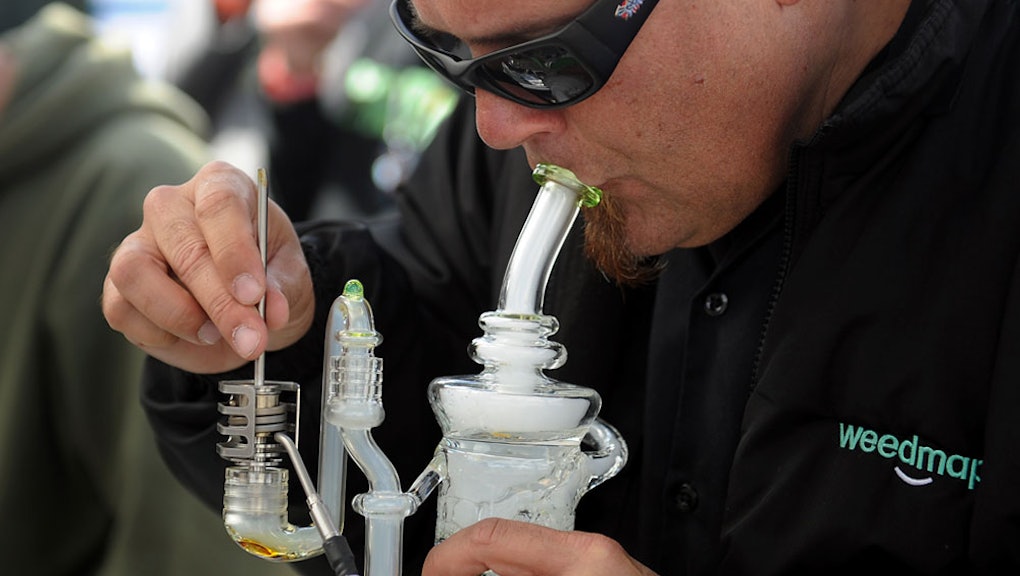 What is dabbing weed? The latest trend in marijuana, explained

As marijuana continues to get legalized around the country, users are experimenting with new trends. One of the latest to surge in popularity is called "dabbing."

Dabbing is the process of heating a concentrated dose of cannabis on a hot surface typically referred to as a "nail," and then inhaling the smoke through a dab rig, which resembles a sort of bong. People often dab because of the incredibly powerful high it produces.

What are dabs made of?

The marijuana extracts of dabs vary in substance, but typically they take the shape of "shatter," wax or butane hash oil. Shatter is type of crystallized concentrate that will literally shatter if dropped. When making these dabs, large amounts of THC are extracted from the cannabis. Sometimes the concentrate can reach up to 70-90% THC levels, which can result in some very intense highs. That, and the method of dabbing itself, has led to some controversy.

The pros and cons of dabbing

Dedicated stoners may enjoy the effects of dabbing, but for the average consumer, dabbing is known to create some uncomfortable highs. In some cases it could even lead to users passing out.

In addition, the procedure of dabbing can give off the wrong impression to those unfamiliar with the practice. The dabbing rig is often lit with a butane torch which conjures imagery of harder drugs like crack-cocaine. Even though the two substances are completely different, critics of dabbing argue the routine discourages the legalization of marijuana because of that association.

But dabbing, at the end of the day, is just another way to use cannabis. For medical patients using weed, dabbing can be a useful tool to consume a powerful dose of medicine. On a recreational level, as long as the practice is being monitored and regulated where legal, dabbing shouldn't cause too much concern.