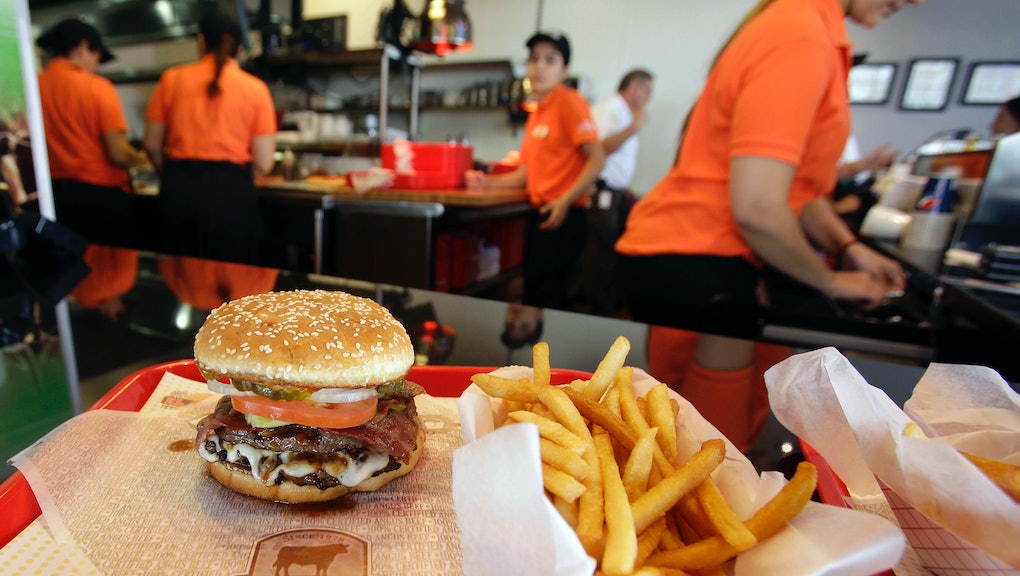 Childhood obesity affects almost every population in the United States — but fast food advertisers are making sure that black children are especially vulnerable.

According to a new study from the the Rudd Center for Food Policy & Obesity, black children are disproportionately exposed to junk food ads, with black youth seeing 50% more ads for unhealthy food and drink than their white peers.

The study's researchers report that one reason that accounts for the disparity is the increase in TV-watching time for black children. Still, that fact alone doesn't explain away the fast food ad gap: As it turns out, companies tend to bring their fast food and junk food advertising to programs with higher black viewerships.

A September 2014 special report from StateofObesity.org showed that black communities across age groups are disadvantaged when it comes to leading healthy lifestyles due to a number of systemic inequalities.

After studying data from 2011 to 2012, their researchers found that the gap in childhood obesity rates between black and white children continue to widen as they age: Whereas 11% of African American children ages 2 to 5 were obese during this time, only 3.5% of white children were. In the 6 to 11 age group, 23.8% of African American children were obese as compared to 13.1% of their white counterparts.

At the time, the special report had also hinted at an advertising problem, pointing to a higher density of billboards marketing unhealthy in predominantly black neighborhoods.

Frances Fleming-Milici, the Rudd Center study's lead author, believes their findings are are likely as insidious as they sound, according to the Washington Post.

"Determining the intentions of [food] companies is challenging," she told the outlet. "But we use the same data that companies use to place their ads. Ads are placed to reach a certain demographic."