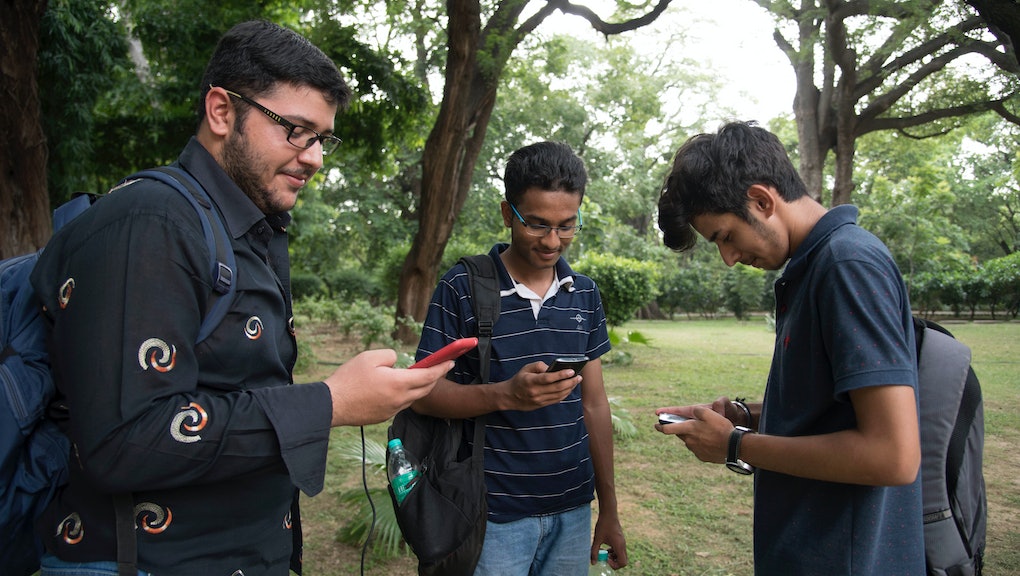 Are you still disappointed that you can't play Pokémon Go because you don't live in a major metropolitan area and don't have a bunch of PokéStops near you and therefore no Pokémon spawn in your area? A new Pokémon Go update just might be the answer to your problems.

Reports are coming in of Pokémon showing up in rural and suburban areas that had previously felt more like Pokémon wastelands. The reports are being published by trainers at The Silph Road, which has proven to be a reliable source of Pokémon Go info in the past.

The first report came in via redditor Anubis37, a Pokémon Go player from Eastern Europe. His report is accompanied by supporting images posted to Imgur. He wrote he made his discovery while paying a visit to his parents:

Whenever I visit them I take our doggo for a long walk to the forest that's about 0.5 km away. This area have always been empty in terms of Pokémon, PokéStops and all that. So I was just hatching eggs or puting on inceses to get random spawns. And it was always like this including yesterday.

Another rural here. I have 2 PokéStops within 10 kms of my house and they are both in my home town that is about 6 kms from my house. I live on a road that since launch has had 2 Pokémon spawners.

A third report from redditor iAmSoFlatt meshes with the previous two:

It happened to me too, in a similar scenario. I live in a village where I usually walk my dogs through some fields which never spawn anything to hatch some eggs which I get from the city, and this trail doesn't even show up as a path on the map, it's just grassland.

These do not sound like isolated incidents. It sounds like either something is going very wrong with the algorithm that determines when and where Pokémon appear in Pokémon Go, or Niantic has made an update it hasn't told anyone about yet.

Mic has requested comment from Niantic and did not hear back in time before publishing. We will update this post if we learn anything else.

If you actually are about to plan another holiday Pikachu hunt, you may also want to check out Mic's Pokémon Go guides. Here are guides on how to catch Gen 2 baby Pokémon, the 98 Gen 2 Pokémon that have yet to be added to the game, how to catch Pikachu and his adorable new Christmas hat, post-update Chansey and Rhydon, everything you need to know about finding the long-awaited Pokémon Ditto, creating new PokéStops, how to maximize your chances of catching Pokémon and fresh information about how PokéStops distribute Pokémon eggs.