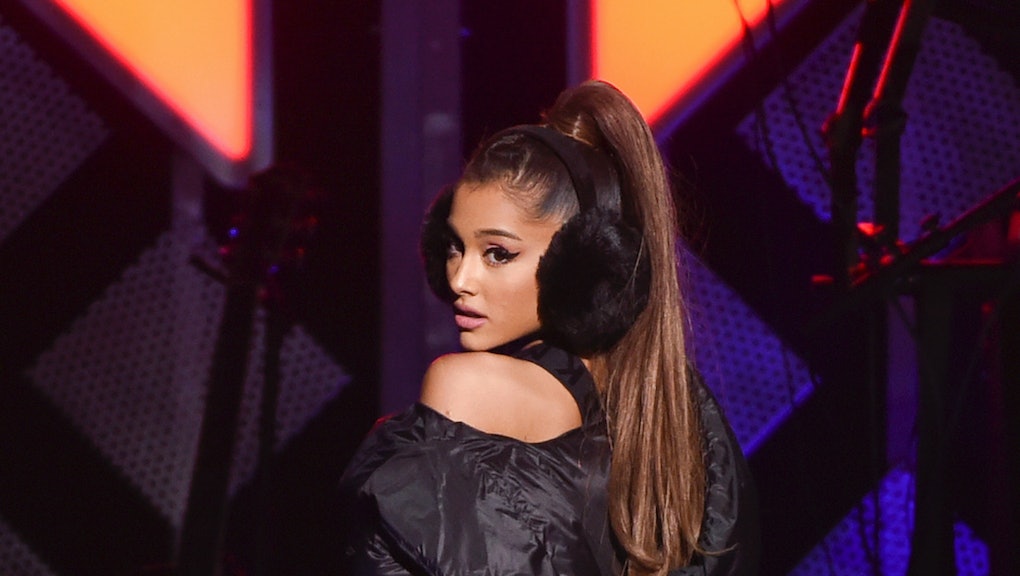 Christmas and Chill isn't a way to invite your "yuletide lover" over to watch holiday specials and see where things lead — it's the Christmas-themed album released in 2015 by Ariana Grande that includes six tracks that will help get you in the mood for some "milk and cookies."

OK, maybe it is an album meant to inspire romantic feelings. But whether you want to reacquaint yourself with your more sensual side this season or just want to listen to some pretty decent holiday tunes, Christmas and Chill has got you covered.

Best songs from the album

Ariana Grande's Christmas EP from last year only has six tracks in total. But they are considerably popular, as far as pop seasonal tracks go. Christmas and Chill reached number 3 on Billboard's Holiday Albums list during the 2015 season.

"Wit it this Christmas" provides lyrics that are suggestive in nature with a beat that is undeniably meant to create a sensual mood. The double entendres are aplenty in this track: "Are you down for some of these milk and cookies?/ Down for loving, you'll be my drummer boy/ And I'm the only drum that you gonna play."

"Winter Things" is a lighter, more cutesy track that features a ukulele. It's still about love, with Ariana talking about doing "winter things" with her baby, even though "it ain't even cold outside" where she is.

"I wanna pretend we're at the North Pole/ Turning the heat into an ice cold holiday/ Made just for me and my baby, ooh, ooh/ My baby's in town and we're gonna do some winter things."

Here's where to stream it

Ariana Grande tweeted on Nov. 1 a link to the Apple store that lets you download the songs for a $1.29 per track. You can purchase the entire album for $4.99 on iTunes. The album is available at Spotify if you want to go that route instead.

Vevo is also offering a way to hear the whole album on its audio and lyrics YouTube channel.

Whichever option you choose, you'll likely end up having a warmer holiday season. You can thank Ariana Grande for that.