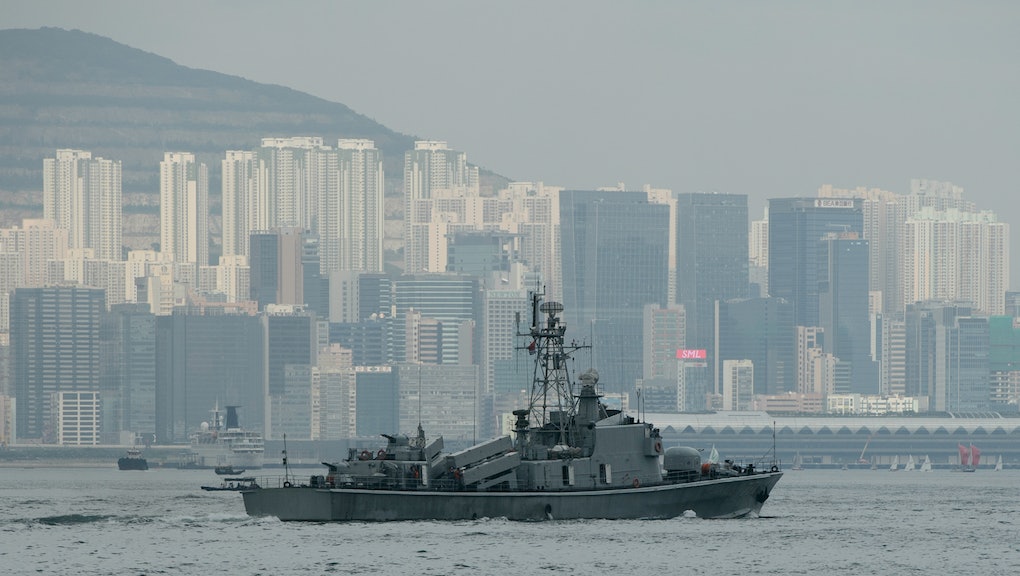 The government of China said on Saturday it will return a submersible drone seized in the South China Sea after U.S. President-elect Donald Trump complained about the incident on Twitter, with Chinese authorities saying the U.S. was guilty of "hyping up" the incident, Reuters reported.

According to Reuters, the drone was performing routine data collection of "salinity, temperature and clarity of the water about 50 nautical miles northwest of Subic Bay, off the Philippines" when a Chinese vessel seized it. The USNS Bowditch, an oceanographic vessel, was scheduled to pick the drone up.

Trump posted about the incident on Twitter, saying it was an "unprecedented act." For their part, Chinese officials said their ship discovered the unidentified drone and checked it for navigational safety issues before freely returning it. (U.S. officials say the Chinese ship basically showed up and stole it.)

"The Chinese side has decided to hand it over to the U.S. in an appropriate manner," China's Ministry of National Defense wrote in a statement. "Both sides have been maintaining communication on the issue. The U.S. side's unilateral move to dramatize the issue in the process is inappropriate, and not conductive to its settlement. We regret that."

"The real interest, I suppose, would be if there was some advanced technology on this drone — and we're not going to know that, of course," Asia Maritime Transparency Initiative director Greg Poling told NPR. "The Pentagon won't tell you exactly what sensors were on it, whatnot — and the Chinese wanted to reverse-engineer it."

One recent report by AMTI, a think tank which says its mission is "to promote transparency in the Indo-Pacific to dissuade assertive behavior and conflict," indicated China has installed extensive weapons systems on seven artificial islands in the South China Sea. The revelation came just weeks after Trump had broken with decades of diplomatic tradition and taken a phone call with the president of Taiwan, a move that threatened to anger China over its territory claims to the island nation.