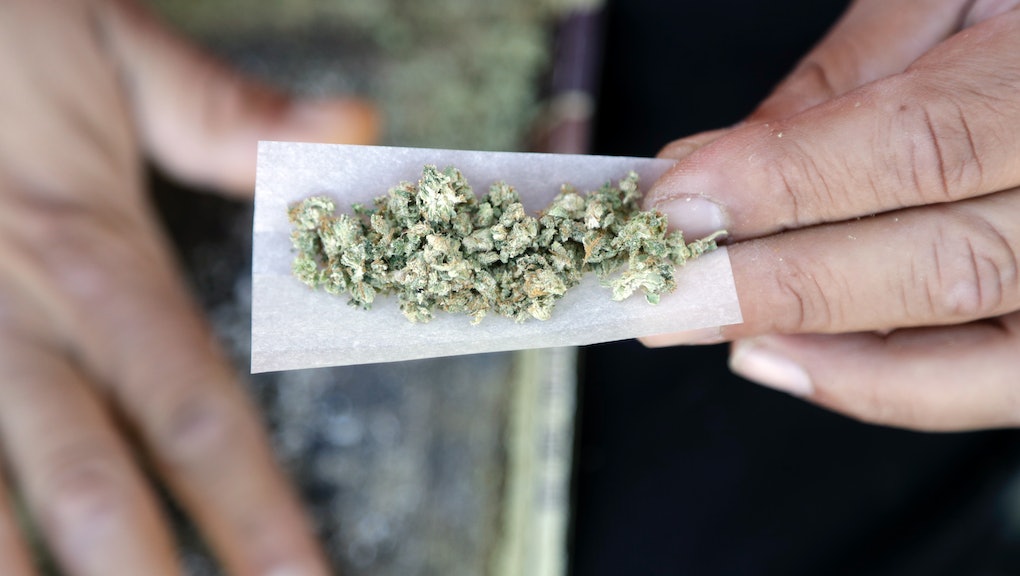 Massachusetts' marijuana law: Rules, regulations and what you can and can't do

On Thursday, Dec. 15, recreational marijuana became legal in the state of Massachusetts following the success of a popular initiative — but there's a few catches.

The new law has already made changes to the way authorities and others will respond to simple possession throughout Massachusetts, making an immediate impact in a state where civil liberties groups like the ACLU have alleged discriminatory enforcement.

The Regulation and Taxation of Marijuana Act authorizes people to carry up to one ounce of marijuana on them in public, as well as to store up to 10 ounces in their residence. Though the law permits individuals to trade up to an ounce of marijuana, there won't be any legal sales throughout the state for at least a year, which the state requires to set up a system of licensing and regulation before retail stores can open.

Smoking in public remains off limits; the bill only allows for legalized private possession. Violations carry a fine of up to $500, per MassLive, making the new regulations similar to existing open container laws.

Employers can still enforce drug-free policies, and since weed remains federally prohibited, taking any weed purchased in Massachusetts elsewhere (or mailing it) could still land an otherwise legal user in big trouble.

Some activists remain worried the law will be revised to roll back some of its provisions following promises by Democratic legislators and GOP Gov. Charlie Baker to revisit it.

"I am both celebrating and worrying that the law might not be implemented properly," Massachusetts Cannabis Reform Coalition member liaison Bill Downing told the Associated Press.