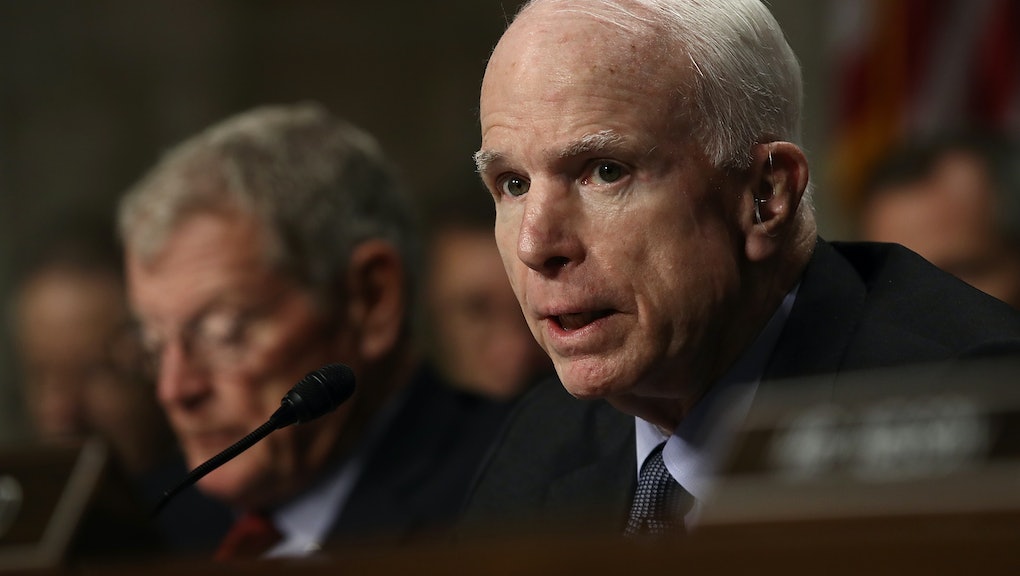 Arizona Sen. John McCain, one of Republican President-elect Donald Trump's most frequent critics in the Washington, D.C., establishment, said on Sunday CIA assessments revealing Russian intelligence assets sought to change the outcome of the November federal elections exposed a threat that could "destroy democracy" and leave the country "totally paralyzed."

"This is the sign of a possible unraveling of the world order that was established after World War II, which has made one of the most peaceful periods in the history of the world," McCain told CNN's Jake Tapper on State of the Union. "We're starting to see the strains and the unraveling of it, and that is because of the absolute failure of American leadership."

McCain, the ranking member of the Senate Armed Services Committee, called for a single select committee to investigate the allegations.

"This is serious business. If they're able to harm the electoral process, they may destroy democracy, which is based on free and fair elections," McCain added.

"We need a select committee," he finished. "We need to get to the bottom of this. We need to find out exactly what was done and what the implications of the attacks were, especially if they had an effect on our election."

Congressional leadership including Senate Majority Leader Mitch McConnell and Speaker of the House Paul Ryan have supported calls for an investigation, but want it to proceed through normal channels.

Trump has repeatedly denied all news of Russian involvement and, according to the New York Times, in private has said he believes members of the intelligence community, and in particular the CIA, are out to destroy him.