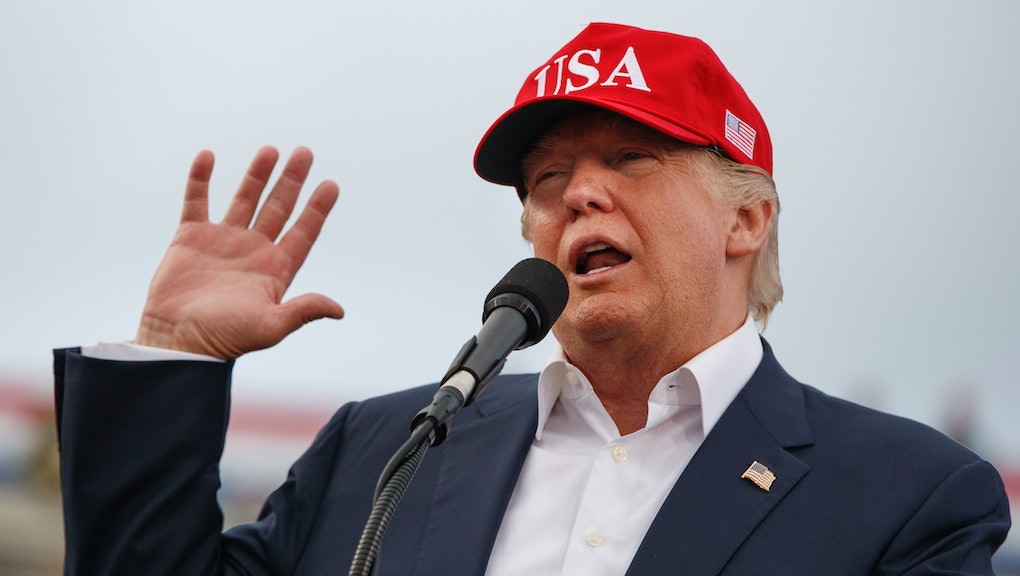 More than half of all Republicans wrongly believe that Donald Trump won the popular vote for president, according to a recent poll released by Qualtrics polling and the Washington Post.

Fifty-two percent of Republicans polled said they believe Trump won the popular vote, while 24% of independents say he won and just 7% of Democrats believe he did. Overall, 29% of Americans believe Trump was the overall preference of all American voters.

In reality, Trump lost to Hillary Clinton in the popular vote. Current totals from the Cook Political Report vote tracker put Clinton's popular vote margin at about 2.86 million ahead of Trump. But because the president is selected by the Electoral College, Trump will become the next commander-in-chief, becoming just the fifth person to do so without winning the plurality of the popular vote.

Though the election was held on Nov. 8, President-elect Donald Trump is expected to officially win the presidency today, when the Electoral College votes are tallied. Trump defeated Democratic Party opponent Clinton, attaining 306 electoral votes to her 232 votes. Though it's possible some electors will become "faithless electors," the outcome is unlikely to change.

The popular vote total is apparently a sore subject for Trump supporters — including Trump himself. In late November, Trump tweeted he had actually won the popular vote totals, suggesting the numbers won by Clinton were inflated by people casting illegal ballots, a charge that has no basis in fact.

Former congressman and conservative commentator Joe Walsh (who once suggested he would reach for a musket if Trump lost the election) was more realistic, recognizing that Clinton indeed won the popular vote. But Walsh added that she only won the popular vote if you included California — which, of course California counts because it's a state in the U.S.

The end of the Electoral College?

In light of the results, many have called for the abolishment of the Electoral College system. Sen. Barbara Boxer of California introduced a bill proposing a Constitutional amendment that would institute a popular vote mechanism for choosing the president, but that measure seems unlikely to pass the Republican-led Congress.

Another method to ending the Electoral College (not requiring a Constitutional amendment) exists in the National Popular Vote Interstate Compact. Essentially, a number of states would need to agree to abide by the popular vote results, regardless of how their state voted, and assign all of their Electoral College electors to support the winning candidate.

The compact won't go into effect until a number of states matching 270 Electoral College votes is reached. It has been passed in 11 states representing 165 electoral votes.