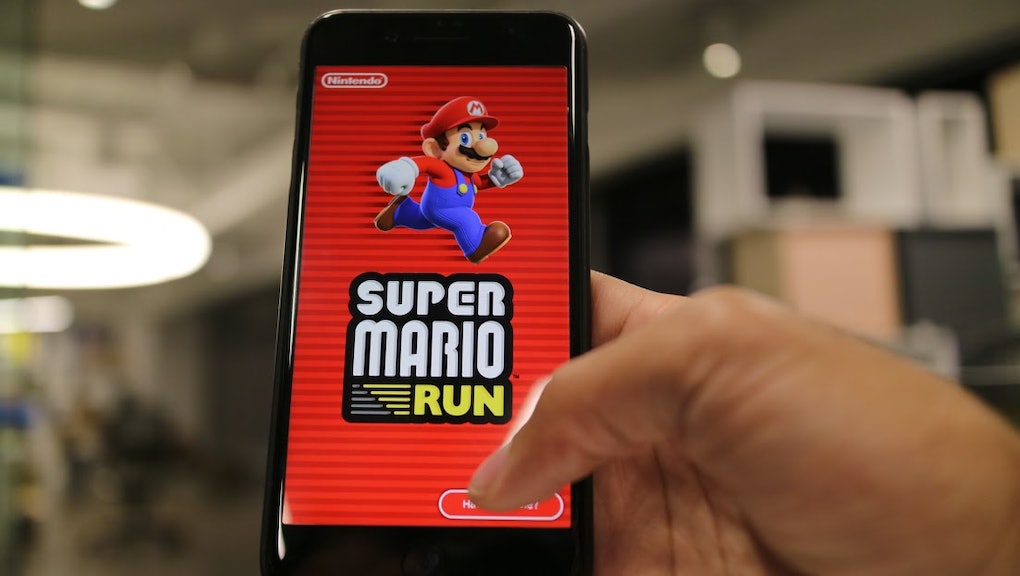 iPhone users had their fun, but Super Mario Run's Android release date is the next big event. Those on Google's mobile operating system missed out on the Dec. 15 launch of Nintendo's mobile game, but that doesn't mean all hope is lost for Super Mario Run on Android. The official Android release date is still a mystery, but it's possible we could see Nintendo bump up its internal timeline a bit to salvage the company's struggling stock.

We're just speculating here, but considering the tepid response Super Mario Run has gotten so far, both from players and the stock market, it wouldn't come as a shock if Nintendo decided to speed up its Android release plans.

SensorTower reported that Nintendo's first proper mobile game had over 5 million downloads in its first day on the App Store. However, the game's massive launch wasn't enough to impress investors. The company's stock has already taken a hit, according to the Wall Street Journal.

The Nintendo Switch unveiling also lowered the company's stock by a similar 7%. Pokémon Go's release sent Nintendo's stock price skyrocketing, only to have it drop just as quickly when it was revealed Nintendo would be making little off Niantic and Pokémon Company's profit from the augmented reality game.

There are a few possible reasons why Super Mario Run's launch hasn't helped the company's stock. For one, the app made its way to the number one spot in North America's App Store charts, but not in Nintendo's home country of Japan. Others might credit the game's current two-and-a-half star App Store rating as a troubling sign. However, investors likely know how much profit the company could be making if Super Mario Run had been released simultaneously on iOS and Android.

In its first day, Super Mario Run made more than Pokémon Go, according to SensorTower, even though the augmented reality game launched on both iOS and Android at the same time. Cutting out such a large user base for the new app automatically lowers the number of people who can spend $9.99 to unlock the full experience.

Considering the current shape of Nintendo's stock, it's possible could see an Android download of Super Mario Run make its way to Google's platform sooner than expected in an effort to boost profits. Then again, if Nintendo signed an exclusivity deal with Apple, we may not see an Android release until 2017.

If you want to know more about Super Mario Run, walk calmly toward Mic's latest coverage, like our review of the demo, an explanation for why the game isn't free, an advisory about how much data Super Mario Run will really use and a list of Android games to play while you wait.