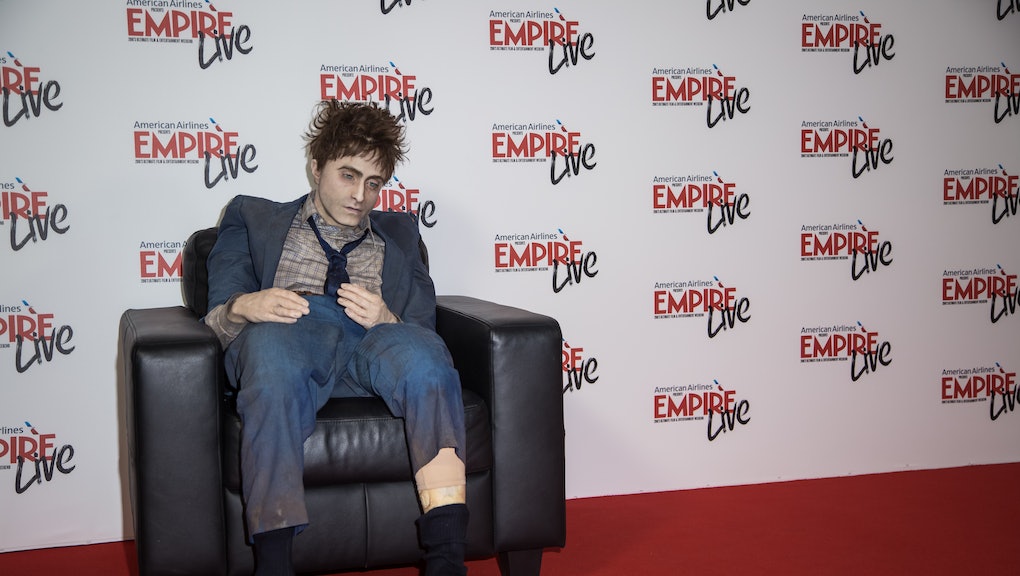 These were the best stoner movies of 2016

There were several wonderful movies in 2016, movies that will undoubtedly be rewarded at the Oscars early next year, but there were also some that were less awards-friendly — movies meant for the bong-ripping, joint-smoking, brownie-eating types: stoner movies.

It should be noted right off the bat not all of the following movies are about pot, not all of the characters in these movies mention pot or smoke pot or eat pot, and it should especially be noted not all of these films are even halfway decent. Nevertheless, these 2016 features have a stoner spirit — either directly like in Neighbors 2: Sorority Rising, in the feelings they evoke as with Swiss Army Man, or ones that are just fun to watch high, like Batman v Superman. Considering this criterium, these were the best stoner movies of 2016.

It was April when Batman v Superman: Dawn of Justice first came out — to very negative reviews. The film marked Ben Affleck's first appearance as the Caped Crusader and was a too-long, overwhelmingly bland DC Comics adaptation which introduced a rivalry between Superman and, well, Batman. Still, it's probably the kind of movie you can truly enjoy when high. Jesse Eisenberg, who plays a young and creepy Lex Luthor, will seem funnier than he actually is, the mass destruction the heroes cause will seem more interesting than it actually is, and the groundwork the film lays for future installments (Wonder Woman, Justice League) may not feel as much like blatant product placement as it actually does.

Functioning like a sorta sequel to the 70s-set Dazed and Confused — a title that screams "stoner" — Everybody Wants Some is Richard Linklater's bro-y but surprisingly tender comedy about a group of college baseball players attending a Texas university in the 80s. They drink, they hit on girls — with varying degrees of success — and they smoke pot, or at least Willoughby does. Played by Wyatt Russell, Willoughby is the stereotypical college stoner, the guy who grows a long beard and engages in philosophical conversations with his buddies. He's an older version of Matthew McConaughey's Wooderson, the stoner character from Dazed and Confused, and a reminder that you can't really have a movie that attempts to capture the essence of the college experience without a stoner.

One of the year's greatest and most underrated films is Little Sister, which the New Yorker had on their list of the best films from 2016. As evidenced in the trailer, Little Sister follows a young woman who leaves her family to become a nun in New York. However, after her brother returns severely scarred from Afghanistan, she's asked by her mother — damaged in her own way — to return home. Here, we learn, she grew up as a goth, and the film chronicles her efforts to help her family heal and to heal herself. While it's a goofy and warm film, there's a scene towards the end, a Halloween scene, that features the entire family getting ridiculously stoned from pot cupcakes. It's wild, heartwarming, and genuinely fun.

It shouldn't come as too much of a surprise that everyone's favorite Jill Stein voter Susan Sarandon smokes pot in a movie. In The Meddler, Sarandon plays a New Jersey mom who moves to Los Angeles to be closer to her daughter who, naturally, works in TV. She's a meddler, always interfering in the lives of others and all in all a real Type-A personality. However, while trying to help out Freddy, an Apple store worker she decides to mentor, Jerrod Carmichael, with night school, she ends up having to swallow a bag of weed so the cops can't find it. Sarandon, expectedly, ends up on a miraculous journey throughout the best part of Los Angeles: the Grove. It's truly a sight to behold.

Most of the original characters from the first Neighbors movie have grown up (or at least that's what we are meant to believe) except for Teddy Sanders, the former frat star, who can't land anything better than a job at Abercrombie & Fitch. Meanwhile, a sorority has moved into Teddy's old frat home, a sorority made up of misfits who hate the idea that the other sororities are not allowed to throw their own parties. They are smarter than the boys, which poses a threat to Mac and Kelly, who are trying to sell their home and won't be able to with the rowdy house next door. They are all more savvy, and try to raise rent money by selling pot. Like its predecessor, Neighbors 2 is a raunchy. Unlike its predecessor, it's also got a feminist slant that ups the ante.

Dan Kwan and Daniel Scheinert made a film you never thought you wanted, a comedy replete with farts, fart jokes, boners, burps and a bunch of other grossness that for some reason or other ends up becoming really sweet. Swiss Army Man stars Paul Dano as a man trapped on island alone, ready to kill himself. He comes across a farting corpse, played by Daniel Radcliffe, and as he spends time with it he begins to see it come to life and soon realizes that this dead body may be his only key to salvation. In a way Swiss Army Man is a buddy comedy about an unlikely friendship, but it's also a surreal adventure film that makes little sense and is all the better for it. There's not a moment watching it that you don't feel high.