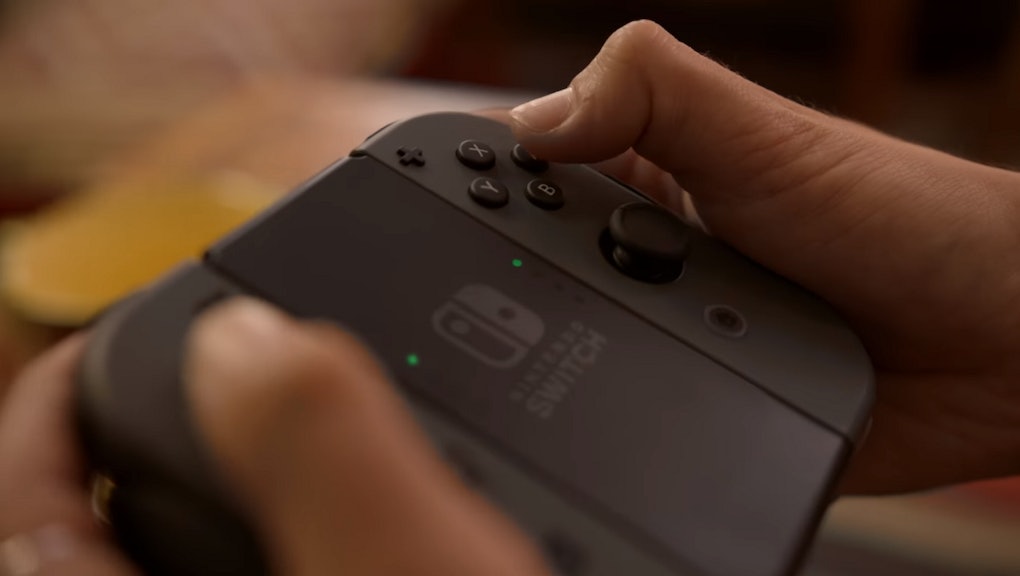 The Nintendo Switch specs will likely remain a secret until the next-generation console hits store shelves in March, but that hasn't stopped the rumor mill from churning away.

It's clear from the Nintendo Switch reveal trailer that the console will work nicely for both on-the-go situations and couch gaming sessions, but what we don't know is what kind of hardware specs the device will pack. Clearly, the new console can handle Wii U games like Super Smash Bros. and the upcoming Legend Of Zelda: Breath Of The Wild, but how will it stack up against Sony's Playstation 4 and Microsoft's Xbox One?

The Nintendo Switch specs are still shrouded in mystery, but one key detail was revealed early on. The Nintendo Switch will use an unspecified Tegra processor from NVIDIA. Now VentureBeat is chiming in with a report that claims the Switch makes use of NVIDIA's Maxwell Tegra graphics processor. This processor uses a 20nm process, rather than the more efficient 16nm process. As a result, it may struggle with powerful third-party games, though it should do just fine with Nintendo's own lineup.

VentureBeat also reports that the Nintendo Switch will feature a 6.2-inch display with a 720p resolution. That's lower than modern high-end smartphones, which offer resolutions as high as 2K. The Switch should still have enough pixels to showcase the Wii U's 1080p games. It might even get a boost when docked and streaming to your TV, which brings us to our next point.

The most interesting rumor surrounding the Nintendo Switch's specs is that the console will be more powerful when stationed in its dock. Nintendo claims that there is no difference in power when the console is docked versus undocked. However, according to Digital Foundry, there is added power when playing a game through your TV. The publication notes that the embedded memory controller runs slower when the console is taken out of its dock, possibly in an effort to conserve battery life on-the-go.

Nintendo Switch vs. PS4 and Xbox One: Can it compete?

If the Nintendo Switch really does use a NVIDIA Tegra processor with Maxwell-level graphics, it could mean trouble for the Switch when it comes to playing third-party titles.

Enticing other studios and developers creators to bring their latest game to the Nintendo Switch will be a lot easier if the console's internals are on-par with the competition. Some older third-party games, like Skyrim, are already confirmed to come to the console, but Nintendo may need to bump up the Switch's capabilities if it hopes to attract new blockbuster titles games, too.

See more of our Nintendo Switch coverage! Including whether the console will be backwards compatible with games of a previous generation, what current games we want HD remakes of or information about the upcoming event. See here for more general Nintendo news.