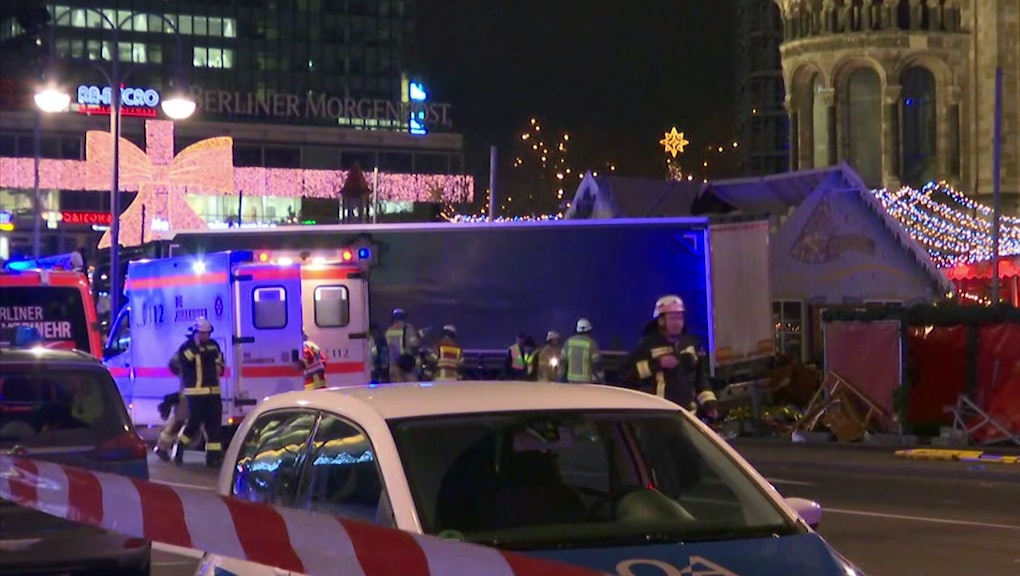 A truck reportedly crashed into a Berlin Christmas market Monday evening local time, according to Germany's Berliner Zeitung. A tweet from the Berlin police department confirmed that at least 12 people are dead and more are wounded.

Early reports suggested the suspected driver of the truck had fled the scene. Reuters later reported in a tweet that a suspect had been arrested by German police, according to a police spokesperson on local television. A passenger believed to be in the truck was found dead, the BBC reported.

A police spokesperson told Agence France-Presse that "one person was detained" and "the cab of the truck was found empty," the BBC reported. The spokesperson also said an investigation to determine whether or not the incident was terrorism is underway.

According to the BBC, "police say they suspect it was a deliberate attack." The truck, which reportedly had Polish plates, drove somewhere between 54 and 87 yards into the market. The Polish company that "uses" the truck has reportedly been unable to reach its original driver.

A tweet allegedly from a bystander purported that "there is no road nearby" the scene of the incident.

Mike Fox, a tourist from Birmingham, England, who was at the Christmas market, told the Associated Press the truck narrowly missed him as it barreled into the market. "It was definitely deliberate," Fox told the AP. He said he worked to help injured people while others remained trapped underneath stands.

CNN reported on Monday that a police spokesperson called the crash a "severe incident."

In July a driver deliberately crashed a truck into a Bastille Day crowd that had gathered to celebrate the French holiday in Nice, France, leaving more than 80 people dead.