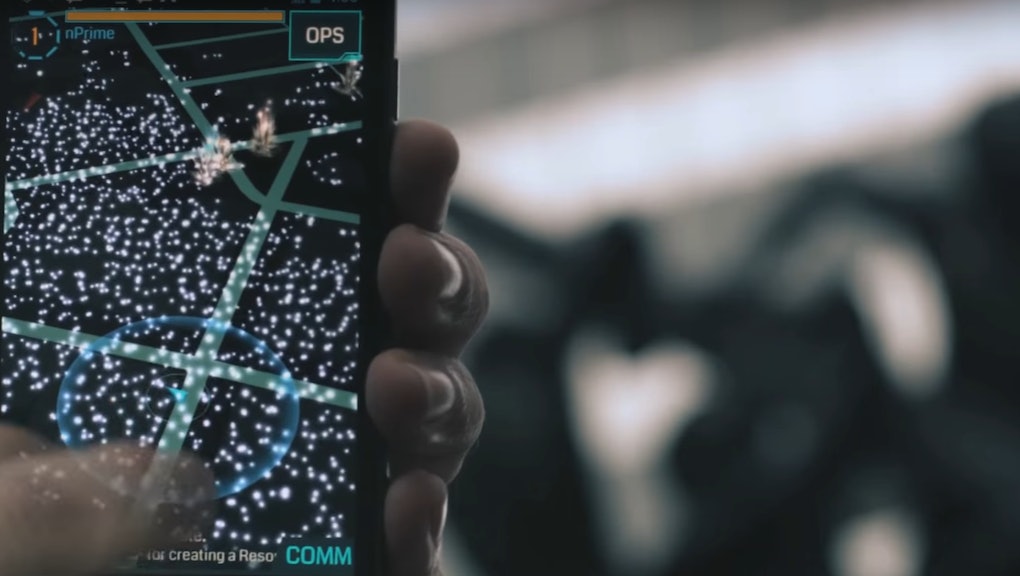 'Pokémon Go' hack for iOS and Android: How to use 'Ingress' as a tool to track Pokémon

It's always awesome to get under Pokémon Go's hood, figure out how the game works and use that knowledge to your advantage. Recently, players have uncovered a new Pokémon Go hack that lets you track pocket monsters using Ingress, Niantic's previous game.

It's especially awesome because Niantic has yet to provide a satisfying tracking tool for Pokémon Go. The following technique, published on GO Hub, will not tell you which specific Pokémon are waiting for you in a given area — but it will tell you precisely where some Pokémon are hiding.

Ingress puts a big focus on collecting a material called Exotic Matter, often referred to as XM, which is used to power players' abilities. Since walking around and collecting XM is a central design element for Ingress, XM is scattered everywhere, just like Pokémon in Pokémon Go.

In fact, it turns out that what appears as XM on the Ingress game map often matches up with the locations of Pokémon in Pokémon Go. That's because Niantic uses a similar set of data to run both games. Without the lessons Niantic learned from developing Ingress, we might not have Pokémon Go at all.

You're going to need to sign up for an Ingress account before you use this trick. Once you're in the game, you only need to look at the map to get started.

"We established a strong connection between XM points on the Ingress map with Pokémon Go spawns," the report on GO Hub reads. "Our initial research hinted that a majority of XM yielding areas correlate with various types of spawn points in Pokémon Go. After conducting a series of tests, that proved to be correct with a few notes to consider."

According to the research, you can't count on every XM spawning area to be a Pokémon-rich area in Pokémon Go. Those spots you do find, however, did not change as nests migrated in Pokémon Go. In other words, when you find a spot with XM in Ingress that matches up with spawns in Pokémon Go, you've likely found a spot that will continue generating Pokémon consistently.

That consistency is why it may be worth going through this exercise. Once you've found reliable spawn points nearby, you should be able to use the Sightings feature in Pokémon Go much more effectively since you'll know where to look.

If you're creating your Ingress account as we speak, you may also want to check out Mic's Pokémon Go guides. Here are guides on how to catch Gen 2 baby Pokémon, the 98 Gen 2 Pokémon that have yet to be added to the game, how to catch Pikachu and his adorable new Christmas hat, post-update Chansey and Rhydon, everything you need to know about finding the long-awaited Pokémon Ditto, creating new PokéStops, how to maximize your chances of catching Pokémon and fresh information about how PokéStops distribute Pokémon eggs.