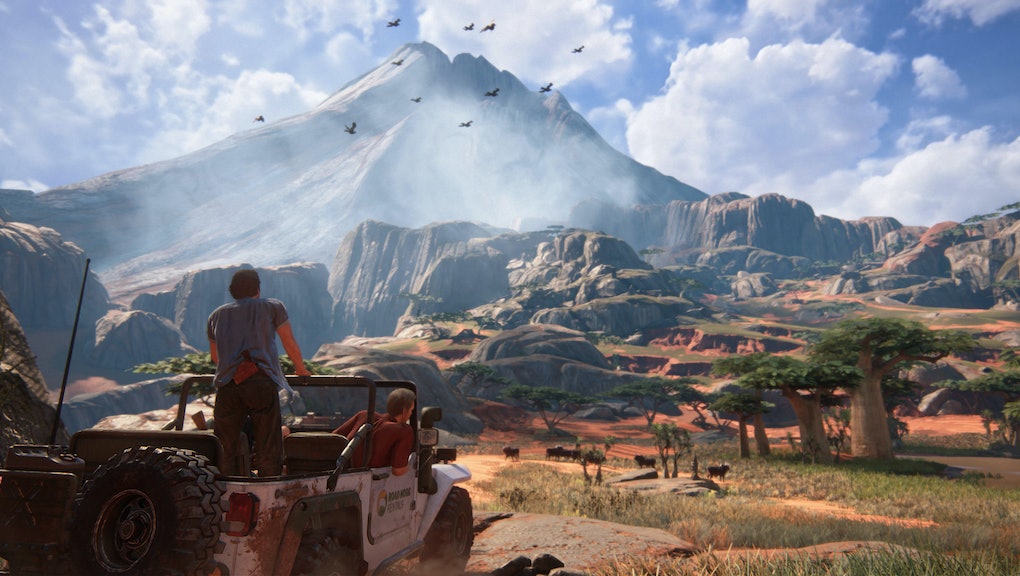 Best PS4 Games: From shooters to puzzles, these are the ones you need for your new console

So, you just got a new Playstation 4 or Playstation 4 Pro? Congratulations! Now that Sony's latest console has been out for a few years, you have an unbelievable wealth of wonderful games to choose from.

We've assembled a list of our favorites so far, organized by genre. There's a lot to choose from, but you really can't go wrong with anything on this list. Good luck!

Editor's note: Prices and product availability are subject to change throughout the holidays.

Overwatch: Origin's Edition: $59.99 through Amazon, on sale for $44.39 through PlayStation

Blizzard's multiplayer shooter Overwatch is the colorful, diverse, exuberant answer to the same military shooters which have populated the gaming world for years. Each of its 23 characters are vastly different from the next, helping players of all different gaming backgrounds find a character which fits their playing style.

If you've been too intimidated to jump into the world of online multiplayer before — or if you just need a new multiplayer game to sink your teeth into — Overwatch is the game to try.

The original Titanfall was a multiplayer-only Xbox exclusive. Its cross-platform sequel, Titanfall 2, features a spectacular single-player campaign in addition to the already stellar multiplayer.

What sets Titanfall 2 apart from the competition is its incredible sense of movement. Your character can run on walls, shoot grappling hooks at nearly any surface and double jump through the air. It's like a dystopian sci-fi mixed with The Avengers and it's a total delight.

You probably know Doom as the pixelated, '90's game that's partly responsible for the modern first-person shooter genre as we know it. Did you know a brand-new Doom came out earlier this year? Good news: It's fantastic.

Yes, the game is absurdly gory. But it's aware of this fact and has a sense of humor about it as it takes the violence to the umpteenth degree.

If you haven't played the first game in the rebooted Lara Croft series, simply titled Tomb Raider, you should play that first. You can grab the remastered version on Amazon for $17.54. Its sequel, Rise of the Tomb Raider, is better in nearly every single way. You don't need to play the original to understand the story of Rise of the Tomb Raider, but both games are great titles to have in your PS4 library.

Uncharted 4 is like Rise of the Tomb Raider in that it's all about searching for treasure and lost civilizations, but Uncharted 4 has a more streamlined, linear, cinematic story to tell. It's like playing through a video game version of an Indiana Jones movie. The story is pretty self-contained, so playing through the first three Uncharted games isn't a requirement, though you might miss out on a few nods to the earlier games in the series.

Also, Uncharted 4 is probably one of the most visually stunning video games ever made. That is not an exaggeration.

Dishonored 2 is a fantastic stealth action game that delights in giving you a ton of tools. It sets you loose on its world to solve problems and complete missions in any way you choose. You can opt to never kill an enemy character throughout the entire game if you want. Or you can kill everyone. It's up to you.

Until Dawn is like an interactive version of I Know What You Did Last Summer — or any other teen horror movie you can think of. You'll control various characters throughout the game, and the decisions you make will decide whether they survive the night or die a gruesome death.

Though it straddles the line between horror and role-playing game, Bloodborne is sure to scare the pants off you. It's a brutally difficult game in which you explore a disease-ravaged town, fighting the hellish creatures that lurk in every corner.

If watching an Alien movie isn't scary enough for you, now you can play one too! Alien: Isolation is a loving homage to the original film, complete with all the retro-style computer displays and beeping radar tech. You're playing as Amanda Ripley, the daughter of Alien protagonist Ellen Ripley. And, like the original film, you're not some gun-toting military badass. Your goal is simply to survive.

On paper, Inside is like an old-school Mario game — you move a character from left to right, solving puzzles and traversing environments — but the comparisons end there. Abruptly. Inside is a profoundly creepy, tense and gorgeous game that only takes a few hours to complete, but it's one of the most memorable games I've ever played. To say anything more would ruin the experience for you.

There's no combat or platforming to speak of, but The Witness is probably one of the most difficult games available on PS4. It takes a simple puzzle mechanic — drawing a single line from one end of a grid to another — and iterates that idea literally hundreds of time throughout the course of the game.

Your character navigates a massive island, solving puzzles to unlock its secrets, using everything from the sun's light, reflections in water, the sounds of the environment and more to help you solve each puzzle. It'll have you drawing out puzzle solutions on graph paper like a maniac, but you'll love it.

Broken Age is a wonderful, old-school point-and-click style adventure game like the Monkey Island franchise, but it has a storybook-like art style and top-of-the-line performances from actors like Elijah Wood and Jack Black.

It features two storylines — a girl named Vella who's trying to evade a ritual sacrifice to a monster named Mog Chothra, and Shay, a boy who lives on a spaceship under the close watch of an oppressive motherly computer. You'll play through both, slowly piecing together a larger mystery about how the two worlds intertwine.

The Witcher 3 is a fabulous open-world fantasy RPG for those of you who need that Game of Thrones itch to be scratched. It's bloody, ruthless and really, really, long. The recently released Complete Edition has all the downloadable content included for the game thus far, so it'll keep you busy for a long time.

If your favorite part of playing a game is roaming free in an open world, causing havoc, ignoring the main story, and just playing around, Fallout 4 is for you. It was developed by the same company that made Skyrim, so it features a similar style of gameplay, but it takes place in an apocalypse-ravaged version of Boston.

Dragon Age: Inquisition is similar to The Witcher 3 in many ways, but it lets you create your own character from scratch, deciding their race, appearance and combat style. Additionally, you have much more control over your relationship with your teammates. Do you want to rule with an iron fist or earn trust through kindness and benevolence?

In between the incredible character moments in Dragon Age, you'll explore a giant, fantastical world filled with monsters, ghosts, and yep — dragons.

Games made by Telltale are like interactive television shows. As scenes play out, you decide how your character responds, taking actions and making decisions that shape the way the story shakes out. Tales From the Borderlands is probably the best game Telltale has made so far.

As you might have guessed, it takes place in the world of the first-person shooter Borderlands, but you absolutely don't need to have ever played a Borderlands game to pick this up. It's hilarious, well-written and really fun.

Firewatch is one of the best games of 2016, regardless of what genre you consider it. You play Henry, a guy who's trying to escape from the real world for a bit by taking a job as a forest fire lookout in the Shoshone National Forest. The only other major character in the game is Delilah, his co-worker whom he speaks with over walkie-talkie.

As you explore the forest, you'll slowly start to uncover a Hitchcock-style story that will have you hunting for the answers to a creepy mystery.

Oxenfree is kind of like a video game version of Stranger Things, but with a little more Freaks and Geeks and a little less E.T. It centers around a group of teenagers who venture to an abandoned island for some innocent partying, but soon discover that there's a supernatural force on the island that threatens to tear them apart. It's funny, eerie and really charming.

Honorable mentions: Gone Home; Everybody's Gone to the Rapture; The Wolf Among Us.

Thumper is an incredibly challenging, exhilarating, psychedelic rhythm game. You play as a chrome beetle creature hurtling down a track, matching rhythms and avoiding obstacles, all to war drum-like beats and droning synth. It's exhausting but wonderful.

Though it was a game that came out when the PS4 launched in 2013, Resogun is still one of the best games you can get. It's an old-school shooter game like Galaga or Asteroids, but you move around cylindrical stages, unleashing massive barrages of missiles and lasers as you try to save citizens from being abducted.

This local multiplayer co-op game will remind you of the old days where you'd kick back on the couch with a friend and blast some bad guys into space, but it's a decidedly weird twist on that formula. In Lovers in a Dangerous Spacetime, each of you will only be able to control one component of the ship at a time, which means you might run to the gun and shoot some enemies on one side, but then frantically run to the other side of the ship to adjust the thrusters and avoid an oncoming asteroid. You'll have to work together to make everything run smoothly.

In addition to being the latest and greatest of the annualized basketball franchise, NBA 2K17 features a campaign mode with a motion-captured Michael B. Jordan and a weird face scanning tool.

Do we need to explain this one? Sports games are an annualized thing, and the latest iterations are almost always the best ones of the series. This one is soccer.

If you're a football fan this game is for you. 'Nuff said.