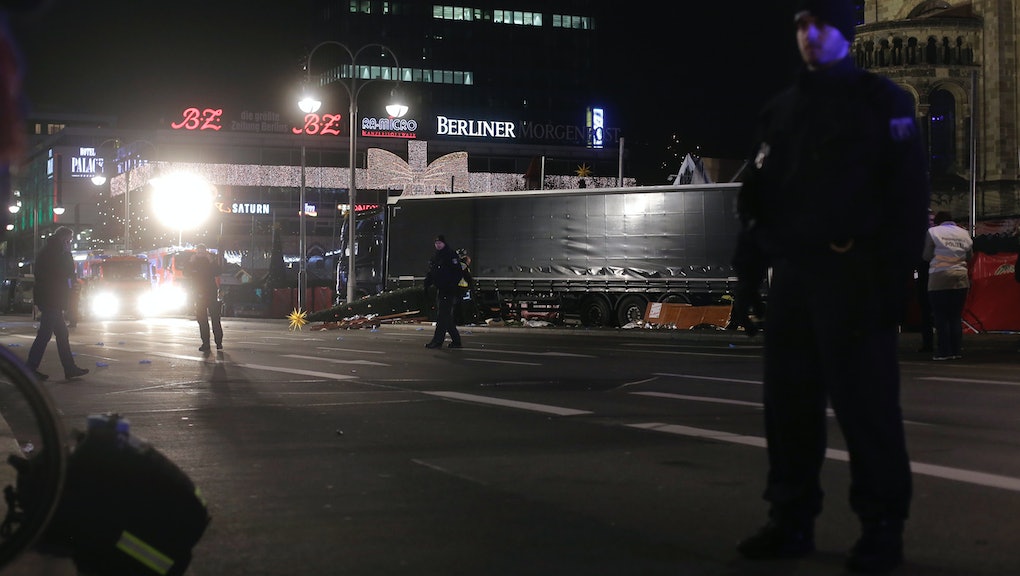 At least 12 people dead and 50 others injured after a truck plowed into a Christmas market at Berlin's Kaiser Wilhelm Memorial Church on Monday, with police saying they believe the incident was a deliberate attack, the New York Times reported.

Police have arrested one suspect and say one other died at the scene of the attack, the Guardian reported, citing the Associated Press and Reuters. The U.S. State Department had previously warned of "credible information" concerning terror attacks threatened at Christmas events, according to the Guardian.

Video posted by the Berliner Morgenpost showed the aftermath of the crash, with piles of wreckage including seasonal ornaments like trees and wreaths strewn around the path of the truck. Dozens of police and others stood by as investigators and emergency personnel worked at the site.

Another video showed the destroyed market from a high level of a nearby building, the church visible in the background.

Witness Emma Rushton told Sky News, "There was lots of screaming. ... [A store] was completely crushed, and there were people tearing off the wooden panels to get the people out. Luckily, everyone in there was pulled out."

In July, a man driving a truck in Nice, France, killed at least 84 people and left scores of others wounded during Bastille Day festivities; it was later revealed to be a deliberate attack.