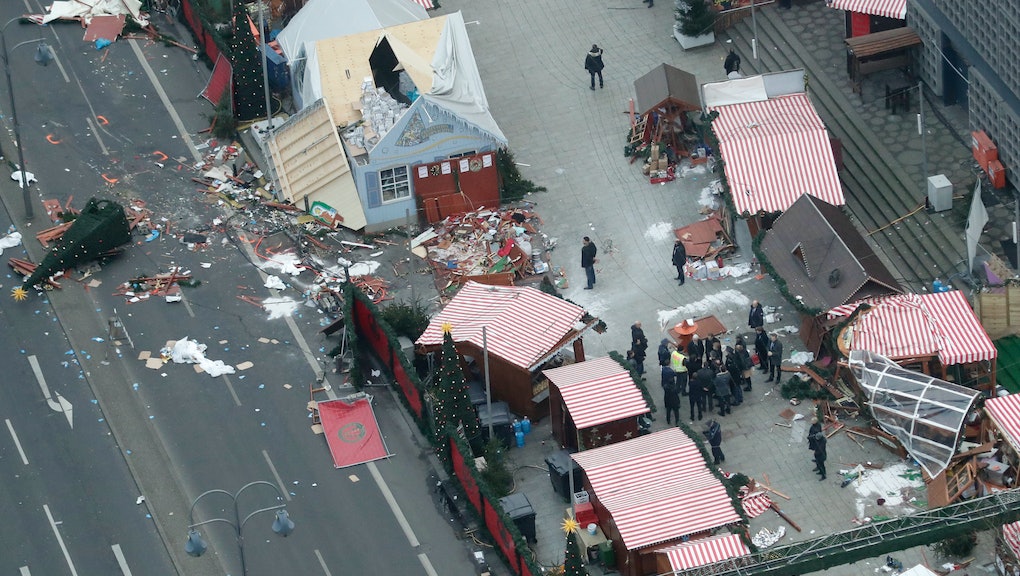 At around 2 p.m. Eastern on Monday, a truck loaded with 25 tons of steel plowed through a popular Berlin Christmas market, leaving at least 12 dead and 48 injured in what is now being treated as a terrorist attack.

Immediately following the crash, Facebook activated its Safety Check feature, updates from which have reached hundreds of millions of users, to allow individuals near Berlin to inform their Facebook friends that they were safe. But instead of simply acting as a tool for users to update their status, the feature broadcast something else: unconfirmed details.

Before authorities and news agencies could determine the nature of the event, Safety Check called it an "attack" — and Facebook users began sending the message to their networks.

Calling it an attack was premature. A little after 4 p.m. Eastern, CNN reported via Twitter that the crash was being "investigated as an act of terrorism." And slightly past midnight Eastern on Tuesday, the Guardian tweeted that police were calling the crash a "presumed terrorist attack."

Facebook consults with multiple sources to verify incidents before triggering Safety Check. It would not comment on how the Safety Check team determines the language used in the check-ins.

Facebook insists it is not a media company. But if you're looking and not listening, you might think otherwise.

Facebook, which has over 1.2 billion daily active users, has consistently deflected responsibility for propagating misinformation that might sway popular opinion. The Berlin truck crash is an example of Facebook not only spreading misinformation but creating it in the first place — then sweeping it under the rug.

In the event of future incidents warranting safety check-ins, wording is imperative. Choosing the wording used in a Safety Check activation goes beyond simply providing a technological service — it marks an editorial responsibility. Calling an event a terror attack before the authorities do so could be dangerous.

By changing its wording around the crash, it's evident that Facebook does, to some extent, recognize its authority in shaping public perception.