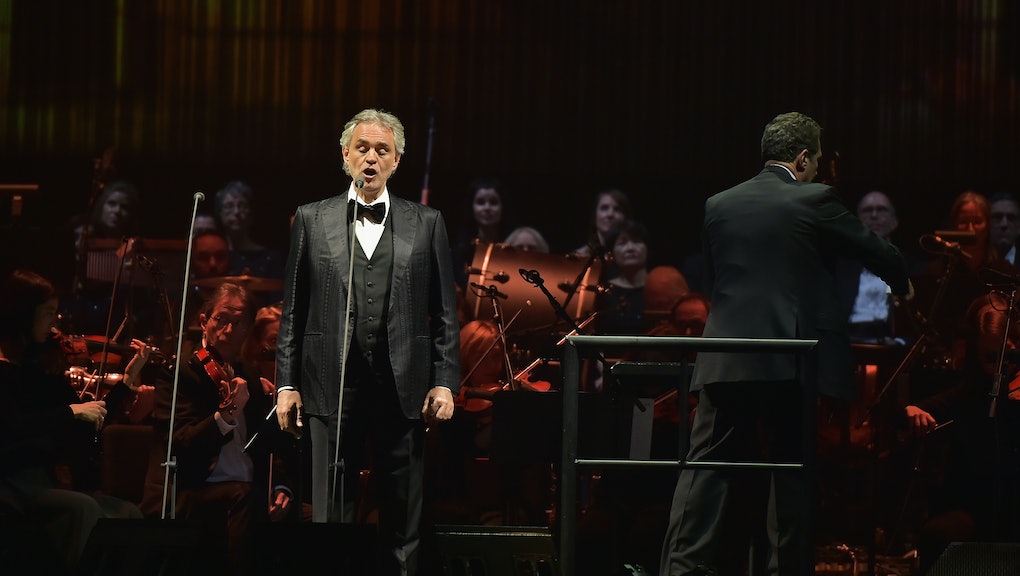 Andrea Bocelli backs out of Trump inauguration gig amid backlash

Andrea Bocelli, the famed Italian tenor who was slated to perform at Donald Trump's inauguration Jan. 20, is now dropping the gig amid backlash from fans, Page Six reported Tuesday.

According to one unnamed source in the report, Bocelli said he was "getting too much heat" and backed out of the performance. A different source, also unnamed, told Page Six that the president-elect suggested Bocelli step down.

"It's sad people on the left kept him from performing on a historic day," the source said.

After news broke that Bocelli, apparently a longtime friend of Trump, would be performing at the inauguration, fans threatened to boycott the singer and used Twitter to express their displeasure.

Trump has had some trouble finding big names to perform at his swearing-in in January. A member of Trump's transition team had claimed singer Elton John would have a role in the ceremony, which John's publicist firmly denied.

America's Got Talent runner-up Jackie Evancho is slated to sing the national anthem at the event.