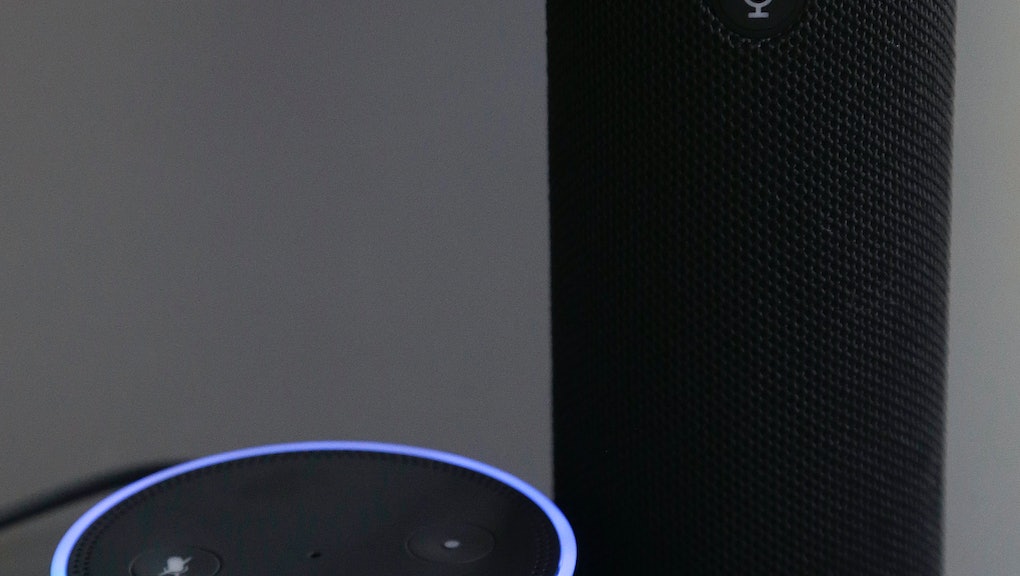 Amazon Echo Privacy: Is Alexa listening to everything you say?

When Amazon released its voice-controlled personal assistant in November 2014, an important question was raised about the hands-free speaker: if the Amazon Echo is voice-controlled, then is it always listening?

Essentially, all voice-controlled assistants — Apple's Siri, Microsoft's Cortana, Google's AI assistant, etc. — work the same way: The device activates once it detects the "wake word." For the Amazon Echo, the wake word is the assistant's name, Alexa. But in order to detect its name, the Echo has to be listening in at all times on some level.

Is Alexa listening to you?

Wired reports that Alexa and similar devices send audio clips of what is said just before and after the wake word to a server, where a response is formulated. When transmitted to servers, these queries are encrypted. "All voice queries are encrypted as they are transmitted to the servers, hopefully making them hackproof," NBC's Tom Costello reports for Today. "Echo and Alexa were designed with privacy and security as part of the design, not an afterthought," Amazon told NBC.

But what about the things said prior to the wake words? They are not sent to a server and, therefore, not stored. According to Wired:

[Devices'] mics are listening to you even when you're not requesting things from Alexa or Google. But those ambient conversations — the things you say before "Alexa" or "OK Google" — aren't stored or sent over a network.

From a legal standpoint, voice tracking isn't necessarily out of line. "These devices are microphones already installed in people's homes, transmitting data to third parties," Joel Reidenberg, director of the Center on Law and Information Policy at Fordham Law School in New York City, told USA Today. "So reasonable privacy doesn't exist. Under the Fourth Amendment, if you have installed a device that's listening and is transmitting to a third party, then you've waived your privacy rights under the Electronic Communications Privacy Act."

Users who want privacy from their Amazon Echo can use the mute button (the "Microphone off button") which will turn off the device's microphones. The Power LED light will be red when the microphones have been switched off. As for data collected, recordings can be deleted one entry at a time on the app or on a larger scale by visiting amazon.com/myx.