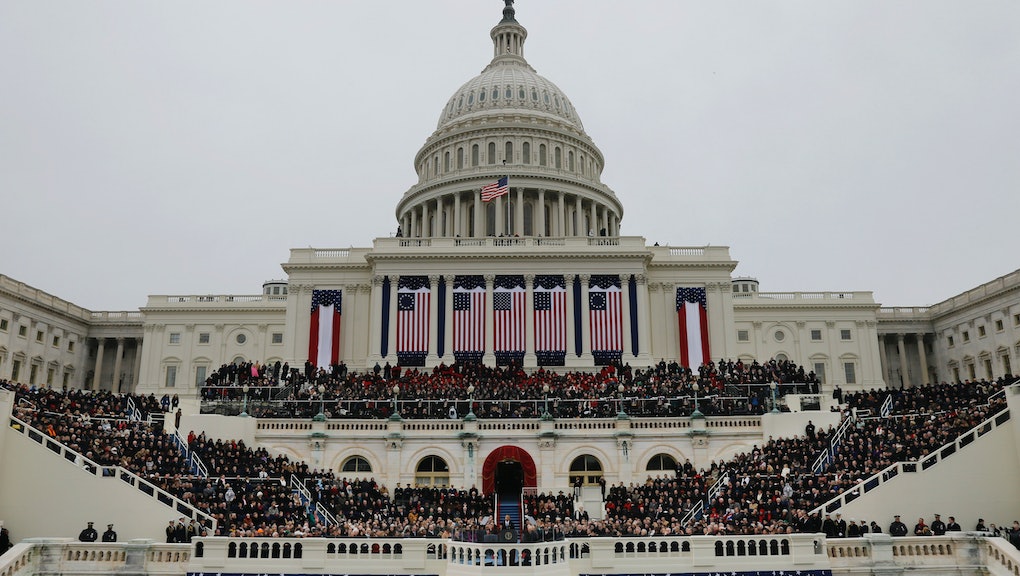 What happens on the day of the inauguration?

It's official: Following Monday's Electoral College vote, Donald Trump will become the 45th president of the United States. A Republican-controlled Congress will vote to certify these results early next month, thus paving the way for Trump to be sworn in on Jan. 20, 2017.

Here's what the president-elect's big day will look like:

Procession to the Capitol

After the service, members of the Joint Congressional Committee on Inaugural Ceremonies will escort the president-elect, the vice-president elect and their respective spouses to the White House. The president-elect and the outgoing president will hold a brief meeting prior to the swearing-in ceremonies.

The president's swearing-in has taken place at the west front of the Capitol since President Ronald Reagan in 1981. From here, President-elect Donald Trump will "solemnly swear" to "faithfully execute the office of President of the United States."

Since George Washington, all presidents have been expected to deliver a speech. Some of the most memorable speeches are still quoted today, such as F.D.R.'s "nothing to fear but fear itself" and, in 1961, John F. Kennedy's "ask not what your country can do for you — ask what you can do for your country."

Departure of the outgoing president

Following the inaugural ceremony on the Capitol, the outgoing president and first lady will leave the Capitol. The president's departure begins with a little ceremony. The Obamas will continue their immediate post-presidential lives in Washington, D.C.

Once the newly elected president has taken the oath of office and delivered his speech, the Joint Congressional Committee on Inaugural Ceremonies hosts a luncheon in the U.S. Capitol's Statuary Hall. The event typically features the cuisine of the president and vice president's places of origin.

Following the conclusion of the luncheon, Trump and Vice President-elect Mike Pence will lead a procession of marching bands, citizen's groups, and military regiments down Pennsylvania Ave. The parade is organized by the Joint Task Force-National Capital Region, and the Presidential Inaugural Committee select the parade's participants.

The tradition of an inaugural ball starts with George Washington in 1789. In the days since, the ball has become a highlight of the D.C. society, as tickets to get into the inaugural ball are highly coveted. There have been a certain number of balls in recent years: Bill Clinton hit a record of 14 balls during his second inauguration in 1997, while Obama attended 10 official balls for his first inaugural in 2009. Trump will reportedly attend two.