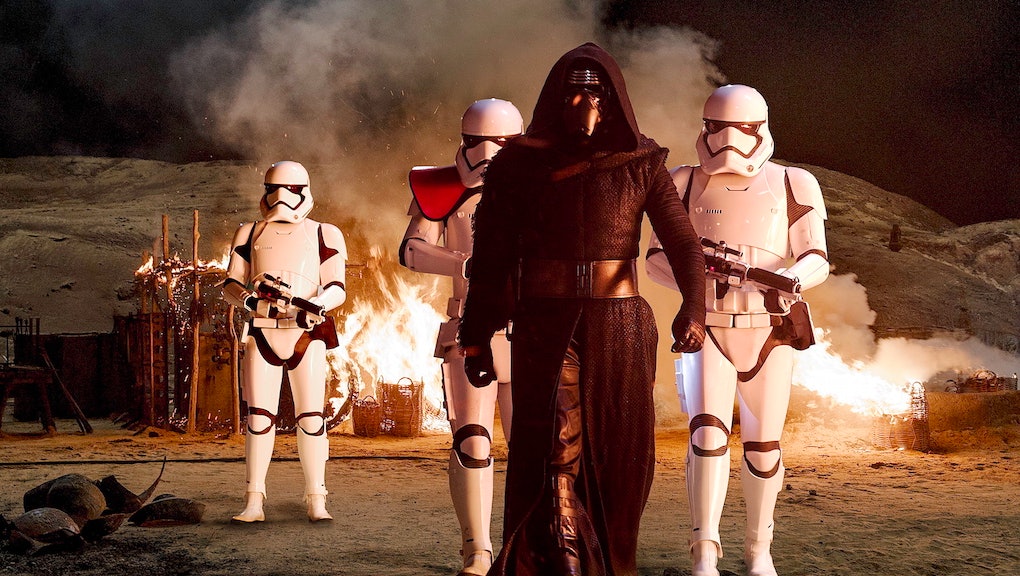 When is the next ‘Star Wars’ coming out and what’s the title?

Disney has been decidedly mum about the next film in the Star Wars franchise, Episode VIII, which is understandable with today's spoilerific internet culture (poor Game of Thrones has felt the sting of this more often than not). We prefer it that way, but there are a few tidbits of information that we can overanalyze, because we need something to talk about post-Rogue One.

First off: the Episode VIII release date. That's been set in stone for a while now. After being pushed back from a May 2017 release, we're looking at a Dec. 15, 2017 opening, falling in line with the previous releases of its predecessor, The Force Awakens and the first Star Wars anthology film, Rogue One. Episode VIII's director — the uber-talented Rian Johnson — already confirmed that production stopped filming in July, so we imagine there'd be no delays.

What we expect could come in the near future is a delightfully vague teaser trailer, and, perhaps, a formal reveal of Episode VIII's title. Though if we're to make anything out of Lucasfilm's trademark filings, we may already know the answer.

As reported by AVS Forum, the studio has filed for a European Union trademark for the name "Star Wars Forces of Destiny," which, as the article explains, could be the name of the film on account of the lengthy list of goods and services the title is being jotted down for. That's pretty good evidence, but it could also be the title of another expansive Star Wars property, like an upcoming video game, for example.

For now, however, that's the best evidence we have for the title of Episode VIII, but we might not have to wait long for a teaser trailer. For comparison's sake, the first teaser trailer for The Force Awakens came out in November 2014, over a full year before the release of the film. Meanwhile, Rogue One's first teaser came in April of this year. Somewhere within that time frame — between now and April 2017 — we're more likely than not to get a glimpse of Episode VIII, along with its official title.

In the meantime, we preach patience, and for the exceedingly restless Star Wars superfans, repeat viewings of Rogue One at your local theater. Episode VIII will come in due time.

Mic has ongoing coverage of both Star Wars and Rogue One. You can follow our main Rogue One and Star Wars hubs.