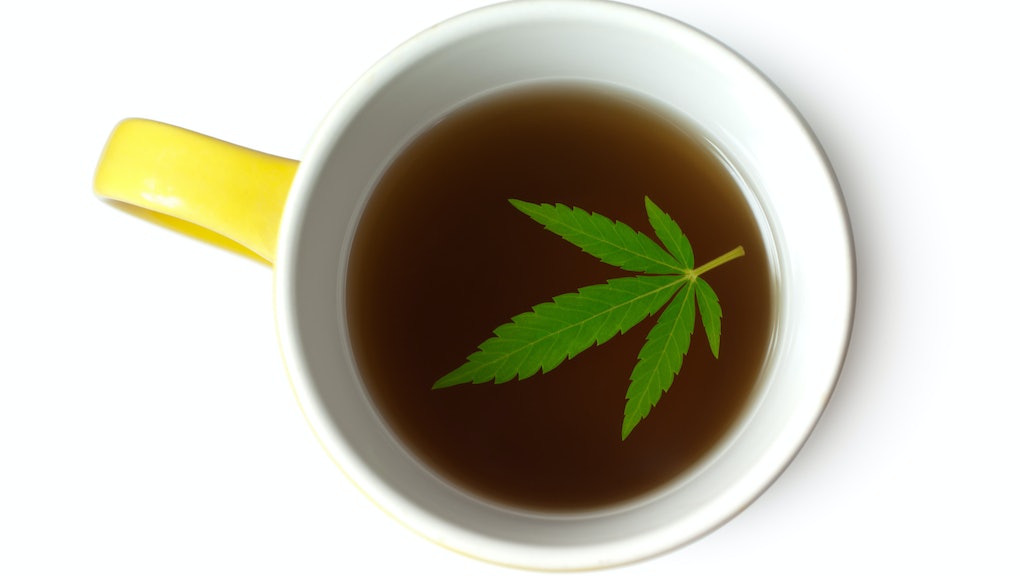 The ultimate guide to making marijuana tea: Bags, recipes, effects, highs and where to buy

Winter is officially here, and it's time to get warm, toasty and mellow as temperatures plunge. Enter marijuana tea — like a regular herbal blend, but infused with cannabis. When brewed properly in a spot where marijuana is legal, weed tea can be delicious and effective.

How to use cannabutter to brew marijuana tea

Making marijuana tea isn't just pouring hot water over marijuana leaves or flowers, however. Tetrahydrocannabinol (THC), the main psychoactive ingredient in weed, has a minimal presence in the leaves. The flowers, or buds, also won't disperse much THC throughout the tea because THC has a very low solubility in water. You need a solvent to effectively infuse the THC in tea.

Cannabutter, a butter-based mixture infused with THC and other cannabinoids, is often used in marijuana edibles, and it's just as helpful in tea. Once a batch of cannabutter is whipped up, it's just a matter of adding it to a tea bag and letting the water brew the mixture.

Once you have a batch of cannabutter prepared, you can make a variety of marijuana-infused snacks within minutes. In this case, you'll be using it for tea.

Scoop a teaspoon of cannabutter into a tea cup, add a tea bag of your choosing and pour hot water on top. Let the cannabutter fully dissolve throughout the mixture, and then remove the tea bag. Feel free to add milk, honey, cinnamon or any other ingredients to achieve your preferred taste.

Gather the ingredients, which are two sticks of butter, .5 ounces of cannabis, and two cups of water. The cannabis can be raw or ground, but it should be fresh off the plant.

Where to buy marijuana tea

Of course, if you live in a state that has legalized marijuana for recreational or medical purposes, you could try your hand at a cannabis tea shop. Dispensaries and cafes are opening around the country as marijuana law loosens.

Regardless of where you consume weed tea, you should be aware of the effects. Similarly to edibles, marijuana-infused teas take longer than smoke inhalation to feel its impact.

Typically, users report an onset of effects around 30-90 minutes, but it varies on tolerance, metabolism and a number of other factors. Additionally, the high experienced from drinking weed tea is much more relaxed and mellow. You're unlikely to feel the anxiety-ridden "stoned" feeling smokers sometimes complain about.

You should be all set to enjoy of cup of weed tea now. It'll keep your warm and hopefully pretty happy as well. Cheers.