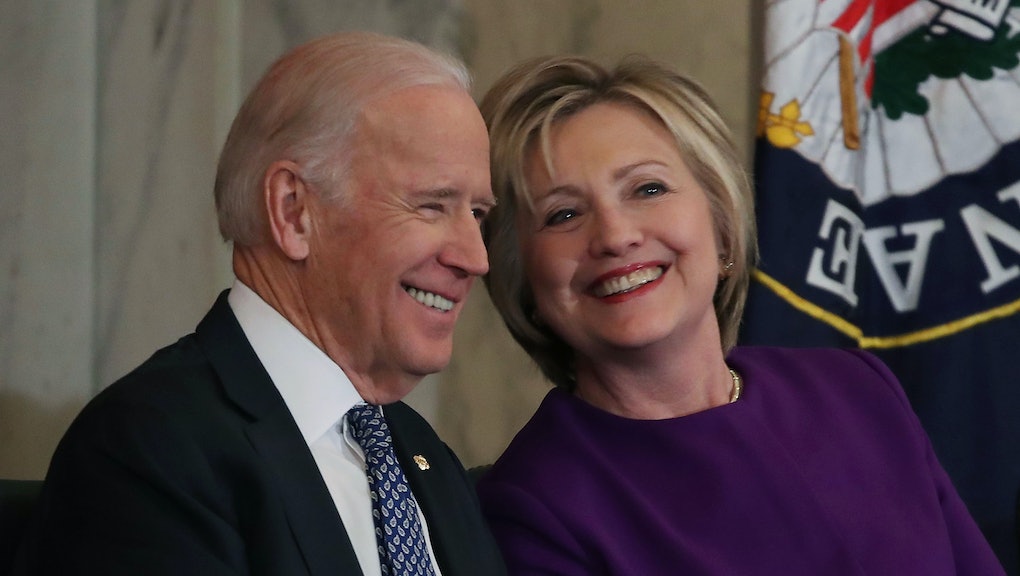 Hillary Clinton would have won the Electoral College if none of the votes from Appalachia counted.

"Well, that's total nonsense!" you may say. And you'd be totally right!

It's just as stupid as the now-pervasive mantra from Donald Trump supporters about how the president-elect would have won the national popular vote if New York and California weren't counted.

The useless California and New York factoid cropped up after Trump officially lost the national popular vote by more than 2.8 million ballots, or roughly 2%.

Trump reacted Wednesday morning with a series of tweets about losing the national popular vote.

"Campaigning to win the Electoral College is much more difficult & sophisticated than the popular vote," Trump tweeted. "Hillary focused on the wrong states!"

So Trump and his supporters, in an effort to delegitimize his popular vote loss, have been saying Clinton's entire margin of popular vote victory came from the large and heavily Democratic states of California and New York — specifically New York City and Los Angeles — as if the votes from those parts of the country matter less than others.

The problem with that argument is that, last we checked, California and New York and the major cities that anchor them are still part of the United States.

Just because they are populated with people who didn't vote for Trump in large numbers doesn't mean they don't count.

The same goes for voters in Appalachia — made up by the western portions of Pennsylvania, West Virginia, Virginia and North Carolina, as well as the eastern chunks of Kentucky and Tennessee — who voted overwhelmingly for Trump.

By the logic of Trump's camp, if Appalachian voters didn't count, Clinton would probably have taken a bunch of states where these white Americans tipped things in favor of Trump, like Pennsylvania, whose eastern districts were more likely to go for the Democrat. Other states like West Virginia, which is wholly Appalachian, would not have counted at all. And therefore — abracadabra! — Clinton would have won the Electoral College and the election overall.

People on both sides can slice up different chunks of the country and remove their votes to find ways to say the candidate of their choice actually would have won the election. But that's just not how the election works — it's nonsense.

The Electoral College is the law of the land, and Trump won it.

The Electoral College also paved the way for Trump to win the election with fewer actual votes than Clinton.

That's just a fact — whether Trump voters like it or not.