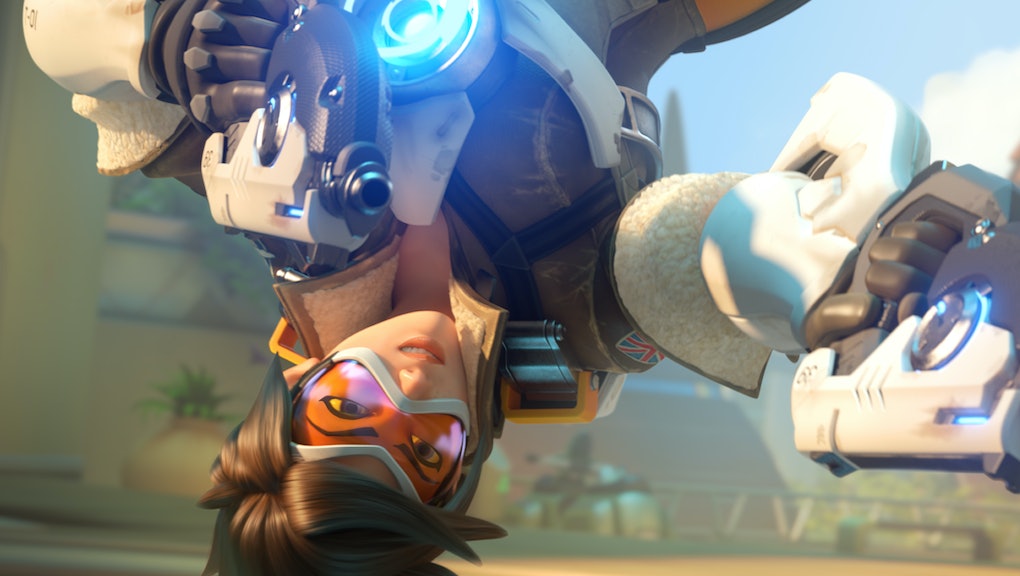 'Overwatch' "Reflections": How to read the banned Christmas comic if you live in Russia

Blizzard recently released a new holiday-themed comic for its in-game Winter Wonderland event. In the comic, called "Reflections," you can see how various members of the Overwatch crew are celebrating the holidays. The most revelatory section involves the popular hero Tracer — namely, we learn that she's in a romantic relationship with a woman named Emily.

Unfortunately, Blizzard blocked the comic from the Russian version of its site over concerns the LGBTQ content would violate Russia's law against material which promotes so-called propaganda of "nontraditional sexual relations" to minors.

So, if you're an Overwatch fan who happens to identify as LGBTQ — or if you're just a really big fan of Overwatch lore — here are some steps you can take to see the comic. And if you need it, we've also included a Russian translation of our guide and the comic's panels below.

The best way to circumvent content that's blocked in a certain country is through the use of a virtual private network — known as a VPN — to make it look like you're accessing the internet from a different country.

This is a trick some people used to watch titles on Netflix that were available only in other countries — a system Netflix has since started cracking down on.

One such VPN you can use that has a free trial is Hotspot Shield. You should be able to use this program and access the Overwatch website as though you're in another country where the "Reflections" comic is not blocked, like the United States.

Another straightforward way to get access to content blocked by Russian censors is to download the Tor Browser, which encrypts your communications before bouncing them across a network of relays around the globe before bringing you to your browsing destination.

But view at your own risk. Russia's regressive laws on LGBTQ "propaganda" can come with fines between 4,000 and 5,000 rubles ($120 to $150), for those accused of disseminating and spreading this kind of art, according to Human Rights Watch.

What does the banned Overwatch comic say?

Here's the dialog from the section of the comic which reveals Tracer's girlfriend, transcribed for anyone who can't view the image.

In the time leading up to the exchange between Tracer and her girlfriend, Tracer had been zipping around town trying to find a gift for Emily, but she gets distracted several times as she stops a few petty crimes in the streets of London. One family thanks Tracer for stopping a robbery by giving her one of the gifts they had just purchased.

The first panel shows Tracer reclining on a couch in a posh-looking living room, her trademark bomber jacket in a heap on a nearby chair.

"You wouldn't believe how crazy it is out there!" she says to someone off-camera.

The second panel cuts to a young woman in a kitchen with long, red hair carrying two mugs of what looks like tea or hot chocolate.

The next panel shows Tracer and the red-headed woman sitting on the couch together drinking from the mugs.

"Don't worry about it," Emily says. "You always try to do too much."

In the next panel, Emily spots the wrapped present given to Tracer earlier on the coffee table and has an excited look in her eyes.

Looking panicked, Tracer says, "Oh, that. No, it's —" but Emily is already tearing into the wrapping.

The next panel shows Emily pulling a green scarf out of the box.

The following panel shows the two characters kissing, with Emily leaning over Tracer and holding her hand up against Tracer's cheek.

The comic has made waves in the gaming world. It's received praise from LGBTQ gamers and backlash from others, and some die-hards refuse to accept Tracer's sexuality at all. But the people who feel oppressed by queer representation in games might consider what it's like to be a young gay person in Russia, where even a cartoon of a woman kissing another woman is contraband.

Here's a full Russian translation of this article: