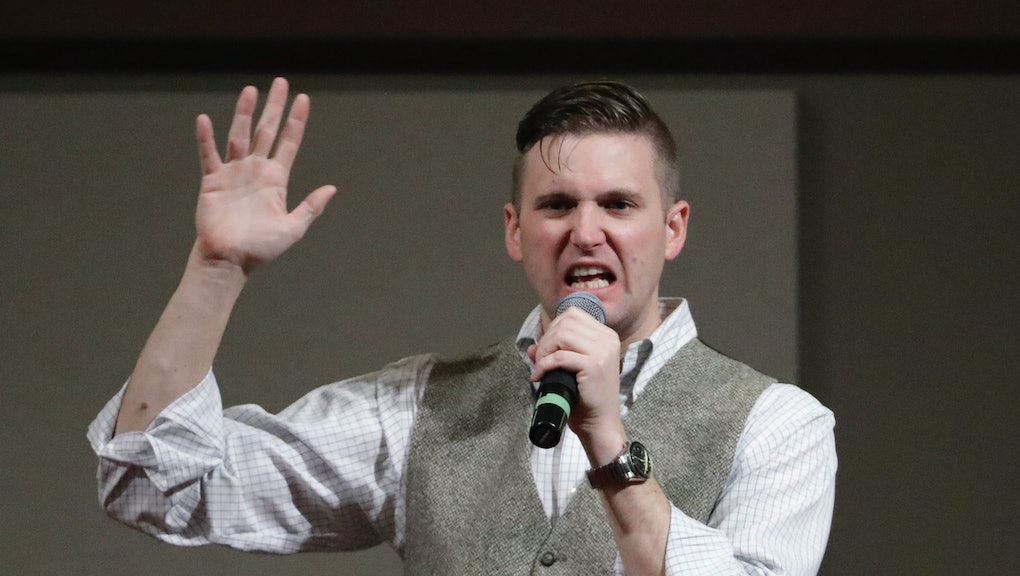 Whether you like it or not, American taxpayers are likely indirectly helping to subsidize studies of whether people of different races have different IQs — and whether Jewish people are a threat to civil society.

That's according to a new investigation by the Associated Press, which found that four hate groups were able to claim tax-exempt status for the last 10 years. Organizations included Richard Spencer's National Policy Institute and the New Century Foundation, which "studies" alleged evidence that different races have different IQs.

All told, the groups raised $7.8 million, which donors could then use to reduce their tax burden — since donations to 501(c)(3) organizations are deductible.

The AP reports the money raised was primarily used for editorial purposes and conferences to help perpetuate the group's respective ideologies.

In all four cases, money was used as personal compensation for the groups' leaders, according to the AP report.

While all four make heavy use of euphemism, the organizations — which also include the Charles Martel Society and the VDare Foundation — actively propagate messages of white nationalism.

The VDare Foundation publishes a blog focused "only on immigration," editor Peter Brimelow claimed in an email to Mic: "We'll publish anyone, from any race and political tradition, who adds to our critique of the post-1965 immigration disaster, for example, environmentalists and progressives (they do exist)."

But Brimelow conceded the site publishes people he would characterize as "white nationalists."

Indeed, the site's 'About' page links to a post strongly implying black people have lower IQs than white people. The blog also counts Ann Coulter among its guest contributors.

The NPI's mission statement is even more explicit, claiming the organization is "dedicated to the heritage, identity and future of people of European descent in the United States."

The New Century Foundation publishes the American Renaissance, a blog that argues, "One of the most destructive myths of modern times is that people of all races have the same average intelligence."

In a phone interview with Mic, American Renaissance editor Jared Taylor said it would be incorrect to characterize his organization as a white supremacist group. But he said he does believe that black people are less intelligent than white people on average. When asked how that wasn't a white supremacist notion, Taylor responded by saying that East Asians are more intelligent than white people.

"Am I a yellow supremacist?" Taylor asked, as a rhetorical question.

The Charles Martel Society publishes the Occidental Quarterly, a pseudo-academic journal run by editor Kevin MacDonald. He is a former psychology professor from whom colleagues at the California State University at Long Beach formally disassociated due to his anti-Semitic research.

In a recent blog post extolling President-elect Donald Trump, MacDonald wrote, "In particular, it is a short step from Donald Trump's rhetoric on immigration to open discussion of the legitimacy of white identity and having a sense of white interests — as well as discussing the role of Jews as a critical component of hostile elites that oppose white identity and white interests while advancing their own ethnic interests."

The Internal Revenue Service does not discuss individual charitable organizations and did not immediately respond to Mic's request for comment.

Sources told the AP the IRS may have been less aggressive in pursuing ideologically driven charities out of concern over a 2013 controversy that it had been targeting conservative groups.

The Charles Martell Foundation and the National Policy Institute both list themselves as 501(c)(3) organizations on their websites; Mic confirmed the New Century Foundation and VDare Foundation were also classified as such using ProPublica's Nonprofit Explorer tool.

Dec. 22, 2016, 5:00 p.m. Eastern: This story has been updated to include comments from American Renaissance editor Jared Taylor.