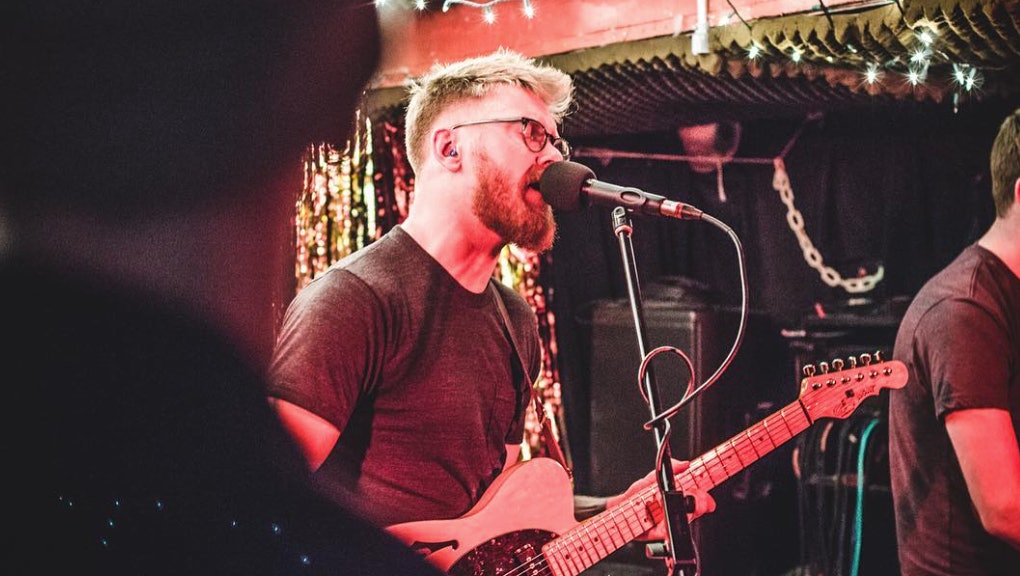 These NYC music venues are all about intimacy

When it comes to large-scale live music experiences, New York City has you covered. There's nothing like the energy of seeing your favorite band at Madison Square Garden or Jones Beach with 20,000 of your closest friends or sweating it out at a massive, pounding warehouse rave.

But NYC is also blessed with a number of smaller, non-traditional spaces that offer music fans a more intimate, immersive experience. These venues hold less than 100 people and often double as bars, record shops or even laundromats. In such close quarters, the barrier between the artist and the fans can collapse and even disappear altogether.

"It's a more social experience," said Andrew Muchmore, owner and founder of Williamsburg spot Muchmore's, in a phone interview. "It has more of a vibe of a house party: enjoying art together and enjoying each other's company rather than a more observational event."

If you're looking for an alternative to the typical big concert routine, here are five New York City venues that provide an intimate and organic musical experience.

Located behind an unmarked door in Brooklyn's warehouse-ridden East Williamsburg neighborhood, Live @ Shea Stadium is an authentic DIY music venue that is far from the legendary stadium in Queens in terms of production and size. Up the narrow staircase is a dimly lit space that feels more like someone's apartment — the stage is only 18 inches from the floor and there's only canned beer from a beat-up fridge for sale. The venue opened in 2009, but in 2011, its owners decided to record, minimally edit and upload every set for free online.

Named after the eclectic and gritty neighborhood that sits on the outer edge of Paris, Barbès is a bar and performance space located in the quiet Brooklyn neighborhood of Park Slope. Olivier Conan co-founded Barbès about 14 years ago with the hope of creating a community center for nontraditional and international music. Since then, the cozy bar's back room has hosted more than 15,000 shows in an "unpretentious environment," Conan said in a phone interview. Since no more than 60 people can fit into the space, shows at Barbès are "almost like being inside the music in a way that you cannot replicate."

Manhattan's Lower East Side is a nightlife epicenter. Right in the center of that club hub is Leftfield, a narrow bar with both upstairs and downstairs concert spaces. With no overpriced drinks or bottle service, the Leftfield has an easygoing atmosphere. The basement is dark and decorated with Christmas lights and a disco ball, adding to its chill, house-party vibe.

Cake Shop is a four-stop shop: a pastry cafe/bar/music venue/record store. If that doesn't impress you, then its track record for promoting independent artists before they hit mainstream should. Since 2005, Cake Shop has hosted now-mainstream artists like Vampire Weekend and Beach Fossils. With its tinsel decor, the small performance space feels like a DIY stage in someone's basement.

Brooklyn's Williamsburg neighborhood is home to musical hotspots like the electronic club Output and the trendy Baby's All Right. But located on a quiet side street is Muchmore's, a music venue/bar/coffee house/laundromat (the last feature being common in New Orleans) whose owner wants to foster a creative community and be a platform for "experimental and esoteric" artists. Muchmore opened the venue in June 2012 as just a bar, but he decided to include performances when he noticed DIY spaces around him, like Glasslands, shuttering their doors. Since Muchmore's can only fit about 100 people, "more exotic" acts can perform and the space will still fill up. Intimate venues like this are essential to the city's cultural life, Muchmore said. "They provide a forum for emerging artists to do experimental and interesting work. People should go to and support these places because that's what keeps the arts alive."