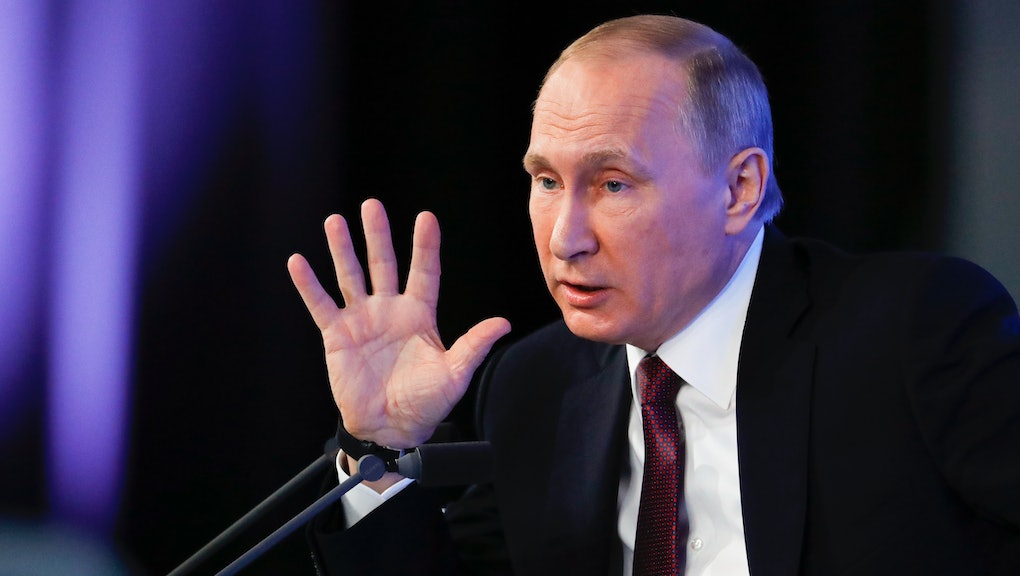 In his annual news conference, Russian President Vladimir Putin shrugged off United States President-elect Donald Trump's tweet about how the U.S. "must greatly strengthen and expand its nuclear capability until such time as the world comes to its senses regarding nukes," calling Trump's comments "nothing new."

"As for [comments by] the newly elected president of the U.S., there is nothing new," Putin said. "During his election campaign, he said the U.S. needed to bolster nuclear capabilities and armed forces in general, and there is nothing new" — a reference to Trump's repeated claims during the campaign that he wouldn't take using nuclear weapons off the table as a source of defense.

At a Defense Ministry board meeting Thursday, Putin stated that Russia needs "to strengthen the strategic nuclear forces, for that we should develop missiles capable of penetrating any current and prospective missile defense systems," Tass, the Russian news agency, reported.

During that Thursday board meeting, Putin also stated that Russia's military was "stronger than any potential aggressor," which prompted a defensive response from U.S. Department of State spokesman John Kirby:

Putin and Trump's remarks have prompted concern over the threat of a nuclear arms race. Trump spokesman Jason Miller told journalists that Trump was "referring to the threat of nuclear proliferation and the critical need to prevent it — particularly to and among terrorist organizations and unstable and rogue regimes."

On Friday morning, Donald Trump roundly debunked Miller's statement. Morning Joe co-host Mika Brzezinski reported that in a phone interview, Trump said, "Let it be an arms race; we will outmatch them at every pass."