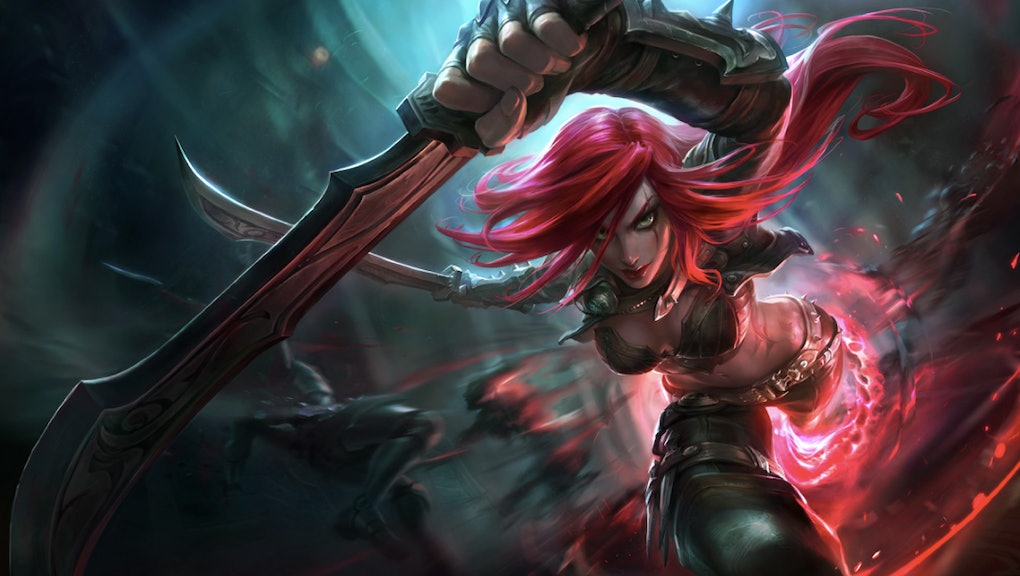 With the e-sports juggernaut that League of Legends has become, you're going to need every advantage you can get in order to remain competitive in Riot Games' highly successful multiplayer online battle arena, or MOBA for short. And with the game's seventh season underway, we're excited to share with you how the rankings have changed (or in some cases haven't) with recent patches and update.

Of course, it's possible these rankings will change as new patches and updates hit League of Legends. But for now, here's our semi-definitive roundup of the best junglers, ADCs, tops and mids in the game.

Even the official League of Legends patch 7.1 text states, "It doesn't take an experienced analyst to understand that junglers are a little out of line in 7.1," and unsurprisingly a lot of the best junglers from patch 6.24 have remained on top. The cat-man Rengar remains a top pick on a lot of sites, with theScore in particular praising his "stickiness, survivability and consistent damage" capabilities.

The low cooldown and high damage on his Q active, Savagery; the combination heal and area of effect damage of his W active Battle Roar; and finally his ultimate, Thrill of the Hunt, which allows him to pinpoint the nearest hero and leap to them, make him an extremely attractive choice for competitive junglers. The fact that he remains unchanged from patch 6.24 doesn't hurt either.

Otherwise, Lee Sin remains a top choice for a lot of players. However, in patch 7.1 the damage of his ultimate ability Dragon's Rage was reduced by 25%, somewhat reducing the effectiveness of his R-Q-Q combo, which the official patch notes state, was "a death sentence to all but the most durable of champions" pre-patch. So it remains to be seen how this will affect the blind monk, who always manages to squeeze his way back into the top tier.

Although killing monsters is normally the name of the game for a jungler, Ivern the Green Father has also made quite a name for himself in spite of not being able to actually, well, kill monsters. As of patch 6.22, the results seemed to indicate that he was one of the best pure support junglers available to play. His active abilities allow him to root targets, create brush he can use to gain a ranged attack and shield his allies with an exploding shield. According to Nerfplz, he's not going to get you the win on his own, but he can certainly help guide a less-than-stellar team to victory.

If you're looking for an auto-attack ADC (meaning attack damage carry) in League of Legends' current meta, look no further than Jinx. According to LoLBoost, Jinx excels in team fights that allow her to rack up assists and killing other ADCs, with a lot of potential to turn ganks around — for the uninitiated, a gank is when a champion comes out of the jungle or another lane to kill a champion. That means she can force the opposing team to play at a deficit.

Although a slightly divisive pick, Lucian the Purifier is another solid choice for an ADC and is one of a few heroes who got a buff in 7.1, both to his passive ability Lightslinger and his Q ability Piercing Light (though the latter only sees increases from level two onward). He's praised as being a good jack-of-all-trades that can (with the proper player) carry a game on his own, but Nerfplz placed him solidly in tier two — which by their own metrics still makes him a balanced choice that only requires practice to master. So go with your gut.

The Plague Rat Twitch is fresh from a nerf in 6.24, but this only curtails the rodent's early game deadliness, while keeping him incredibly dangerous in the mid-to-late game. So if you're already good with the poisonous rodent or you don't mind sacrificing early game power for the ability to absolutely steamroll the endgame, he's still a competitive ADC in season seven.

Since he avoided any real changes in both patch 6.24 and 7.1, it should be no surprise to longtime League of Legends players that Maokai the Twisted Treant still hangs out at the top of most lists for top lane champions. He can passively restore his HP while attacking (so long as a spell is cast near him), he can knock back enemy champions and slow them with his Q, he can set up traps that deal area-of-effect damage on impact with his E, and his ultimate ability reduces damage to his teammates and redirects that damage to any enemies caught in the blast. Plus one of his skins is him wearing a giant kigurumi jumpsuit — who can say no to a giant tree dressed as a cat?

Another good choice for top lane is Darius, the Hand of Noxus. The axe-swinging tank has a passive that allows him to stack bleed on his target, greatly increasing his damage against foes he gets a full stack of five on, a Q ability that lets him heal damage based on the number of enemy champions he hits with his axe blade and an ultimate that eventually resets every time Darius successfully kills an enemy with it. As another champion who avoided any changes in 7.1, he's a solid choice for anyone planning to take a top lane slot.

Bad news for top lane players who favored Poppy, however. The Keeper of the Hammer was on the receiving end of a pretty substantial nerf in 7.1, which both reduced the duration of the shield she could get with her passive and cut the damage from her ultimate in half. The patch itself states this was necessary because, "tanks should excel when locking up multiple targets in a teamfights, not when smashing laners 1-on-1. Poppy has been doing both recently, and that's not cool," while citing that the nerf was designed "to give more champions an opportunity to fight her." She's still a tier 1 champion, but don't expect to dominate with her as easily as in previous patches.

The middle lane is all about flexibility, so it seems natural that supernatural card sharp Twisted Fate commands a top spot in the mid lane rankings. Twisted Fate's passive nets him bonus gold with every kill and his E ability is also a passive that increases his damage every four attacks. So the only micro you're responsible for is his Q, a piercing attack where he throws three cards in a cone, and his W, which powers up his next attack with various extra effects depending on the card chosen. As such, he requires a little less micro than other mid laners and can solo carry games if you know what you're doing.

If magic cowboys aren't your thing, perhaps a swordsman utilizing wind techniques might be more your speed? Yasuo the Unforgiven is another strong mid laner with a number of active abilities that let him respond to a variety of threats quickly, including a passive ability that increases his critical chance and gives him a shield against the first enemy who strikes him when his focus bar is full. Additionally, his Q allows him to launch enemies into the air (setting them up for his ultimate), and can be turned into a powerful AoE ability when used in conjunction with his E, a dashing strike. Since so many of his abilities combo into each other, he'll require a little practice to use successfully, but the work will be well-rewarded.

Fresh from a buff in 6.24, Katarina the Noxian Assassin remains a great pick for a mid lane. The buff increased the damage of her passive, Voracity, when she picks up a dagger that she throws as part of her other abilities. This buff, in addition to her already impressive ability to reposition herself with her W and E abilities and her active Q's ability to drop a dagger so she can take advantage of Voracity's AoE function, makes her a deadly asset to any team that she's on.

Don't see your favorite champion here? Although "God Tier" rankings tend to be very small, there's a lot of wiggle room in what makes a "good" champion, and the bulk of champions are viable in the solo queue of the game. Hopefully, this list has either confirmed your suspicions that you're using a top-tier champion or it's piqued your interest to try something new in season 7!

Mic has all the latest gaming news, including information on the next Pokémon Go event, hands-on impressions of the Nintendo Switch and what you get with the special edition of The Legend of Zelda: Breath of the Wild. Also, check out our guide on how to use the alley-oop as a weapon in NBA 2K17 and this beautiful 'Overwatch' tribute to a fallen player.