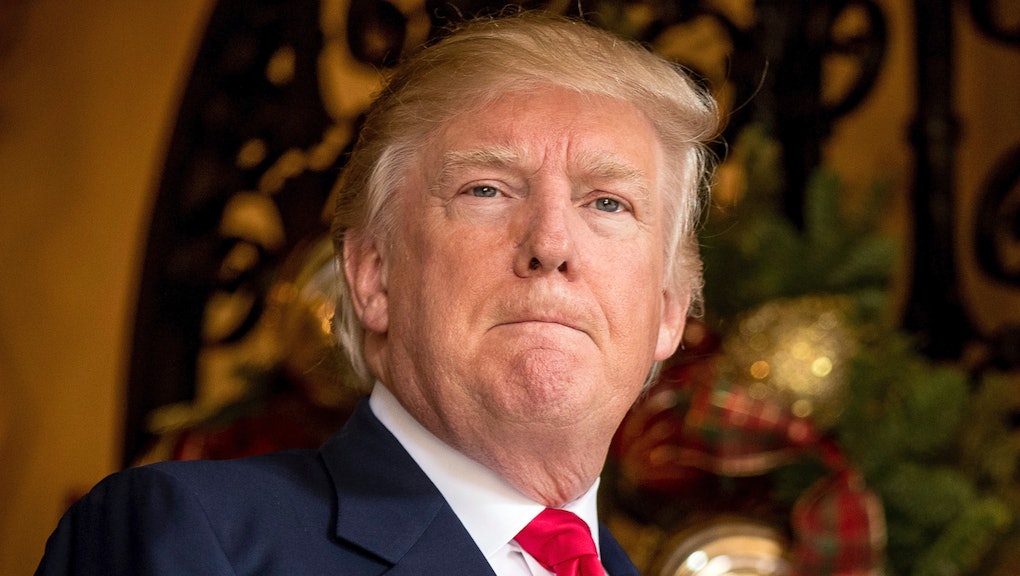 The ugly rhetoric from the past year's rancorous presidential race is unlikely to end on Dec. 31, 2016. President-elect Donald Trump, after all, is signaling he's ready to call out Americans who disagree with him at every turn — whether through his Twitter account or on his "Thank You" tour that's basically just a permanent campaign.

Add to that the potential for global crises thanks to the policy proposals Trump has signaled are on the way, and 2017 could make 2016 look like child's play.

Here's what to expect in the New Year.

Trump and the GOP campaigned on a promise to repeal and replace the Affordable Care Act.

But, despite talking about repeal since the law was passed in 2010, Republicans have no concrete alternative ready to go.

Now, they're about delaying the time frame for when the repeal would actually take place.

Yet insurance companies who are part of the Obamacare exchanges could decide to pull out of the markets early, knowing the markets are on the outs. And that would leave those who got their insurance through those exchanges with no options to buy healthcare.

The prospect of millions losing their coverage has Democrats worried.

President Barack Obama himself will reportedly head to Capitol Hill in early January to craft a plan to save the law, according to Politico's Seung Min Kim.

Fear of a nuclear arms race is once again a reality after Trump tweeted about the need to "greatly strengthen and expand its nuclear capability."

Trump spokespeople tried to tamp down the nuclear fears after Trump sent that tweet, but Trump stoked the flames again on Dec. 23, telling MSNBC, "Let it be an arms race."

The nuclear arms race which spanned a massive chunk of the 20th Century almost led to nuclear war in the 1980s.

President Barack Obama has made nuclear nonproliferation a goal of his White House tenure.

Trump looks poised to end that priority after he's inaugurated on Jan. 20.

Trump has signaled a war on trade is on the horizon: the president-elect has floated increased tariffs on imported goods.

Those tariffs — which are taxes on items companies bring into the United States — could raise the cost of almost everything you buy.

They could also eat into company's profits, putting jobs at risk for Americans in different sectors of the American economy.

The fears are so great that Republicans in Trump's own administration are sending signals to Trump that a trade war could have damaging impacts on the global economy.

And if you disagree with Trump, the Breitbart internet mob is one click away

If all of those things sound distressing to you, then you won't like what comes next.

Trump has a unified government, with his party holding both chambers of Congress.

And even if Republican House and Senators disagree with Trump's proposals — a handful of which are antithetical to the Republicans' core values — they are unlikely to stop him.

That's because many Republicans in Congress fear the angry internet mobs Trump sends their way, either through his tweets or his "enforcers" — including Breitbart and Fox News' Sean Hannity.

So, while we're all hoping 2017 will be a better year for American politics, signals from the two months since Trump was elected don't foreshadow peace and happiness.

Dec. 30, 2016, 11:36 a.m.: This story has been updated to remove a statement from New Mexico Gov. Susana Martinez. Initially, Martinez appeared to send a letter warning of the impacts of an Obamacare repeal. However Martinez's office denied having written it, saying it came from the state's health exchange and never got Martinez's approval.