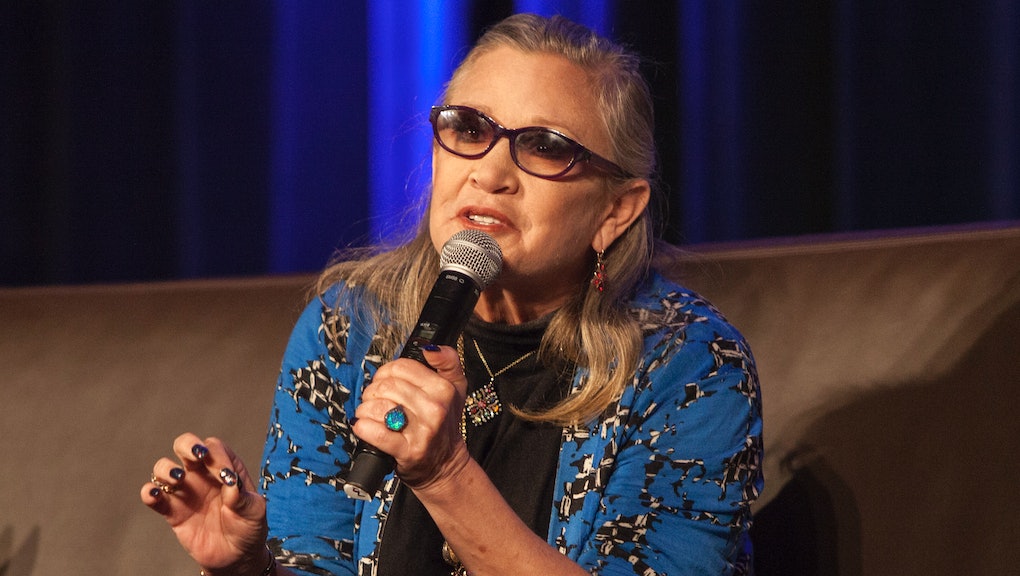 Carrie Fisher is reportedly in stable condition after medical emergency

Actress Carrie Fisher is reportedly in stable condition after she had a medical emergency while on a flight from London to Los Angeles on Friday, according to a tweet from her mother, Debbie Reynolds, the Associated Press reported on Sunday.

The 60-year-old Star Wars actress was reportedly rushed to the hospital by paramedics shortly after her flight landed in Los Angeles on Friday, according to the Los Angeles Times. Fisher reportedly had a "cardiac episode" on board.

After news of Fisher's hospitalization broke on Friday, some of her Star Wars co-stars showed their support on social media, including Mark Hamill, Peter Mayhew and Gwendoline Christie.

In a tweet posted on Sunday, Reynolds said that Fisher is "in stable condition" and added "If there is a change we will share it. For all her fans & friends. I thank you for your prayers & good wishes."