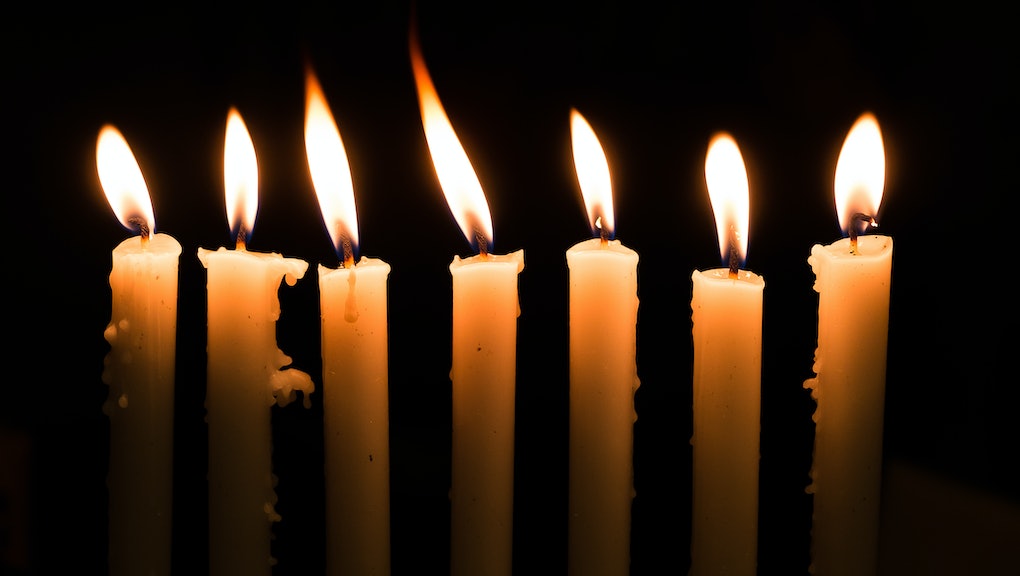 Santa Monica synagogue smeared with feces and food during Hanukkah

It was an unsettling start to Hanukkah for a synagogue in Santa Monica, California.

Rabbi Boruch Rabinowitz arrived at the Living Torah Center Chabad shortly before 8 a.m. on Sunday — the first day of Hanukkah — to find the entrance of his synagogue had been smeared with feces and rice, according to the Los Angeles Times. The act of vandalism is thought to have been carried out Saturday night or early Sunday morning.

Synagogue officials believe the vandalism was a targeted act. Though it didn't feature any explicitly anti-Semitic messages or symbols, it was reportedly found "in close proximity to a menorah display."

"This seems kind of intentional," assistant Rabbi Dovid Tenenbaum told the Los Angeles Times. "With a religious artifact in the window, we have to assume so."

Describing the scene to the Los Angeles Daily News, Tenenbaum talked of feces spread over the doors, window and bricks in front of the window, as well as wedged into the window frame.

"It seems like someone either took their left over meal that they had gotten, rubbed it on the windows and threw it at the door," he told the outlet. "Then I'm not sure if ... it was human or animal poop, if you don't mind me saying that, stuck onto the wall on the window and in the corner of the window" at the synagogue's entrance.

Police were called to the scene and took a vandalism report, but found there was nothing immediately indicative of a hate crime, according to the Daily News.

The Living Torah Center has reportedly experienced anti-Semitic incidents in the recent past, the Los Angeles Times reported. About a month ago, a man stood up during a service and yelled "Heil, Hitler" while he appeared to mime shooting a rifle, then ran away. Other past incidents include a letter bearing a swastika and the message "Get out of here, you Jews"; graffiti scrawled on a sukkah; and a cross etched into the synagogue's front window.

Tenenbaum told the Times the synagogue is planning to install security cameras.

The vandalism was a "very disturbing" sight, Tenenbaum told the Daily News — but he also expressed gratitude that it happened during Hanukkah.

"Thank God, it's Hanukkah today and one of the symbolisms of Hanukkah is light, to spread darkness in the world. ... Hopefully, the light of the menorah can light up the world and dispel all the darkness," he said.