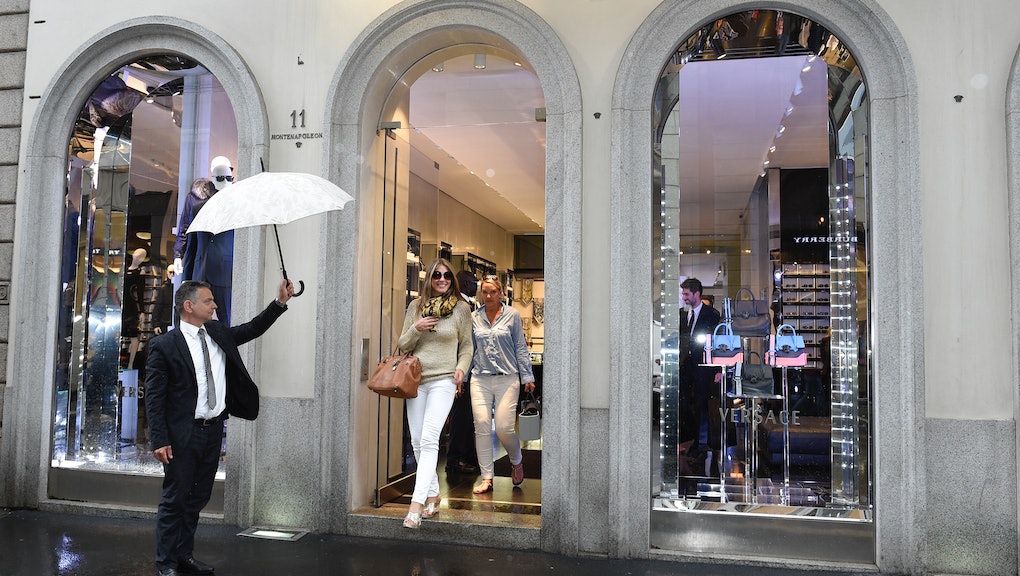 A man who formerly worked at a Versace store in the San Francisco area is claiming that store employees were encouraged to use a code for black customers in the store.

The employee, Christopher Sampino, has filed a lawsuit against Versace for racial discrimination. Sampino said that his manager encouraged staffers to use the code "D410," to notify other employees of black customers in the store. The code itself comes from the brand's black clothing, according to TMZ, which broke the story on Monday.

Per the lawsuit, the manager told Sampino that he could "hold a black shirt" when using the phrase with other employees, "so that they don't know what what you are talking about." "They," meaning the black customer being identified.

After that, Sampino says that the store's management treated him differently, with the store refusing him access to pay stubs, among other things.

"For example, Plaintiff observed that training no longer seemed legitimate after he announced that he is African-American," the lawsuit reads. "Plaintiff did not receive proper training with regard to rest breaks and did not take rest breaks. Plaintiff further did not receive login information needed to access an online database where employees retrieved print outs of pay stubs."

People on Twitter, no surprise, had some strong reactions to Sampino's claims.

Two weeks after being hired, Sampino was fired and claims he was told that it was because he hadn't "lived the luxury life" and doesn't "understand luxury."

In a statement to Mic, the company said the following: "Versace believes strongly in equal opportunity, as an employer and a retailer. We do not tolerate discrimination on the basis of race, national origin or any other characteristic protected by our civil rights laws. We have denied the allegations in this suit, and we will not comment further concerning pending litigation."

According to the Root's report, Versace has filed a request to dismiss the suit entirely.