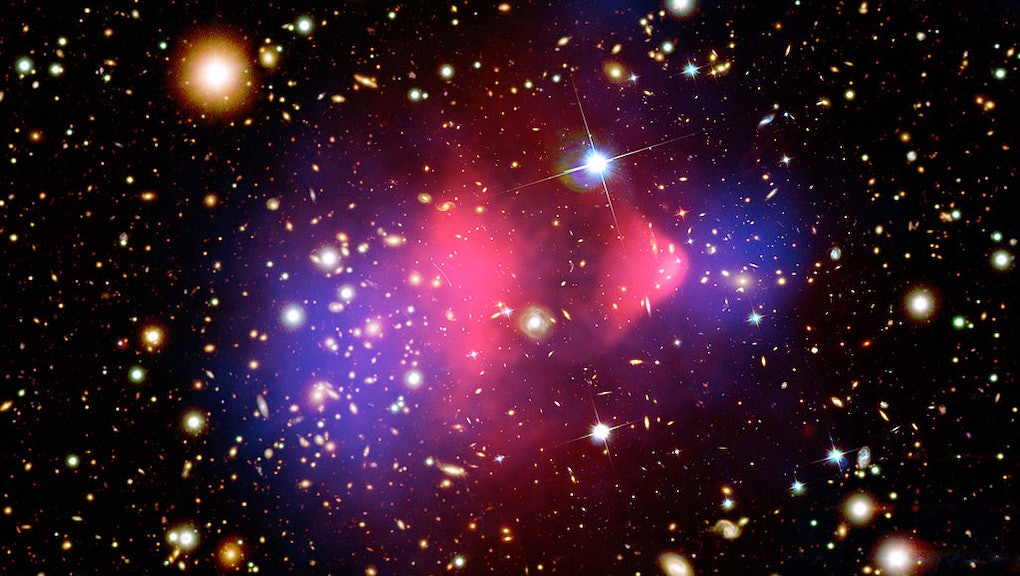 Vera Rubin, the woman who discovered the first evidence of dark matter, is dead at 88

Vera Rubin, the astrophysicist responsible for confirming the first existence of dark matter, died on Sunday night at the age of 88.

Carnegie Institution president Matthew Scott called Rubin "a national treasure as an accomplished astronomer and a wonderful role model for young scientists" in a press release confirming the scientist's death.

Rubin and her colleagues observed galaxies in the 1970s, which led to the finding that the motion of stars is a result of a "material that does not emit light and extends beyond the optical galaxy" — also known as dark matter. Swiss astrophysicist Fritz Zwicky proposed the idea of dark matter in 1933, but Rubin's groundbreaking work subsequently led to the confirmation of the material. This finding is what led to the discovery that 90% of the universe is made up of dark matter, a finding some colleagues felt was overlooked and deserving of a Nobel Prize.

Rubin received the National Medal of Science in 1993, according to the Carnegie Institution. She was also a trailblazing woman in her field — in 1948, she graduated as the only astronomy major from Vassar. She was the first woman permitted to study at Caltech's Palomar Observatory. According to the Carnegie Institution, she also suggested to the Pope that he should have more women on his committee.

"I guess I would say that if they really want to do it, to just go ahead, try not to let anything discourage them, try not to quit, but to recognize that academia is still not kind to women," Rubin said in a Discover Magazine interview in 2002 in response to what advice she would give to women who want to pursue a career in science.

"For those of us living in the universe, it's a very interesting experience, one I'm glad I have," Rubin told Discover Magazine.

Certainly, the universe was not designed for us. But I don't know. It's spring today, and there are lots of beautiful flowers in Washington, and I love walking to work and seeing them all. I don't know that that's all pointless. It may not have a universal aim, but it is very nice to be here.