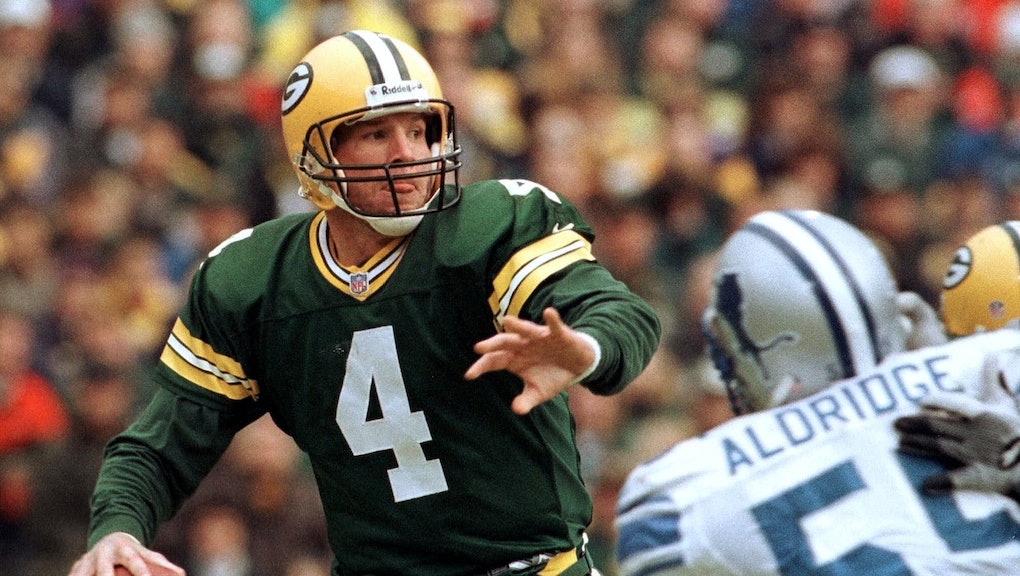 Unlockable secrets are as old as video games themselves. They usually take the form of hidden levels, new characters or rare Pokémon to add to your fearsome party. Now, Madden NFL 17 is getting a special unlockable update of its own.

Sports games are a little different, though. In the card pack-based Ultimate Team mode in Madden NFL 17 (one of this year's best PS4 games), you're unlocking real NFL legends both past and present to fill out your dream roster and defeat other players in online competition.

The newest addition to Ultimate Team is perhaps the best yet: Brett Favre, the legendary gunslinger whose distinctively fun style of quarterbacking defined the NFL for a generation. Announced on EA's website and reported by Polygon, you can get Favre right now.

How to unlock Brett Favre in Madden NFL 17 Ultimate Team

Unlocking Favre is remarkably easy: Just log into Ultimate Team on your PS4 or Xbox One to unlock a version of Favre with an 86 Overall Rating, as well as a sequence of Favre Frozen Solo Challenges to play. Once you finish that sequence, you'll unlock a slightly better 89 OVR version of Favre.

As an added bonus, you can then grab two of Favre's favorite targets from his lengthy NFL career for your Ultimate Team. For example, Sterling Sharpe scorched the Detroit Lions in a classic playoff game, while Antonio Freeman made one of the greatest catches in NFL history. Both of them are available as part of this update.

Keep completing solo challenges and gathering players to unlock elite versions of Favre, Sharpe and Freeman. Once you've done that, bring back one of the most potent NFL passing attacks in history in any uniform you want. Who hasn't wanted to see Brett Favre in a Jacksonville Jaguars uniform?