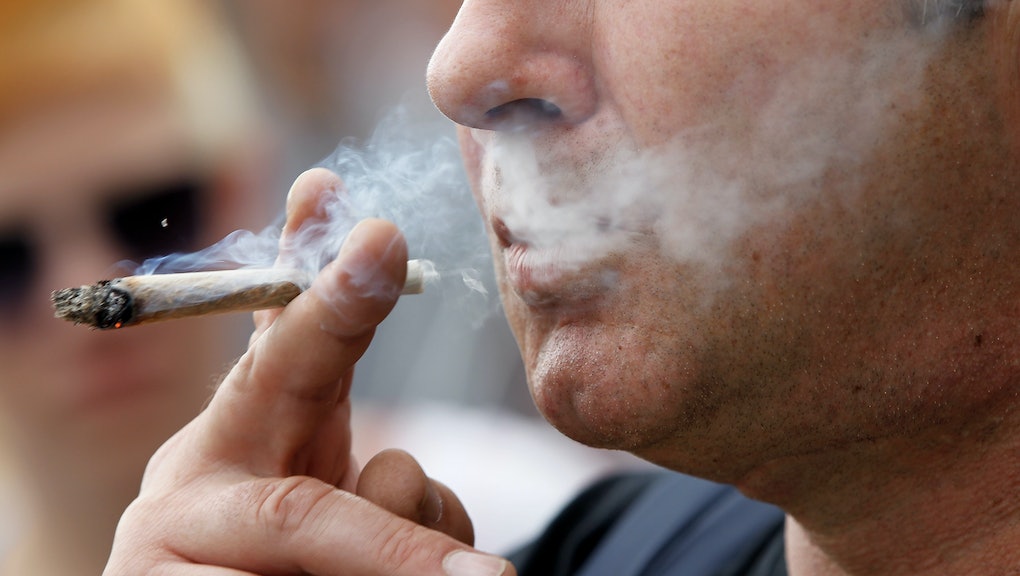 Is there a legal way to buy marijuana in Massachusetts if you live out of state?

Massachusetts legalized the recreational use of marijuana when its citizens passed a referendum on Election Day this year. Although local retailers have not yet opened in the state, private use of marijuana is allowed.

So, if you live outside of Massachusetts, can you purchase pot there? Can you bring it home with you? The answers are mixed. Here's what you need to know.

You can smoke marijuana in Massachusetts as a visitor

The Massachusetts marijuana law went into effect Dec. 15, so if you didn't celebrate Christmas with a little extra "cheer," you can still ring in the New Year by passing around a joint with your closest friends — as long as you're all over the age of 21. Possession of up to 10 ounces in your home and up to 12 house plants is allowed, as is carrying less than one ounce in public.

If you don't live in the state of Massachusetts but are planning to visit, you won't need a special card to smoke pot. Anyone within the state may smoke or ingest marijuana, so long as it is not done in a public area, near a school or in an area that prohibits smoking in general.

But you can't necessarily buy it yet

Purchasing marijuana is a trickier task. It is still illegal to sell marijuana in the state of Massachusetts and will likely remain so until 2018, according to the Boston Globe. That's because a Cannabis Control Commission must issue licenses to dispensaries that wish to sell recreational pot to customers. The commission doesn't have to create regulations until September 2017, which means dispensaries probably won't open until a later date.

Medicinal dispensaries are still allowed to sell marijuana, but in order to purchase from those locations, you must be a state resident with a valid prescription card.

Also, keep in mind the new law doesn't prevent employers from punishing you for using pot. This applies to people who visit the state as well as those who live in Massachusetts.

Even when recreational marijuana becomes legal to sell, you won't be able to transport it across state lines, according to KushTourism.com. All marijuana products purchased in Massachusetts must be consumed within the state.

In other words, Virginia residents can't take Massachusetts weed with them when they leave the state. But making the trip to Massachusetts isn't so bad — there are plenty of tourist attractions worth checking out. When you're done visiting those places, you can enjoy a quick blunt before going to bed.