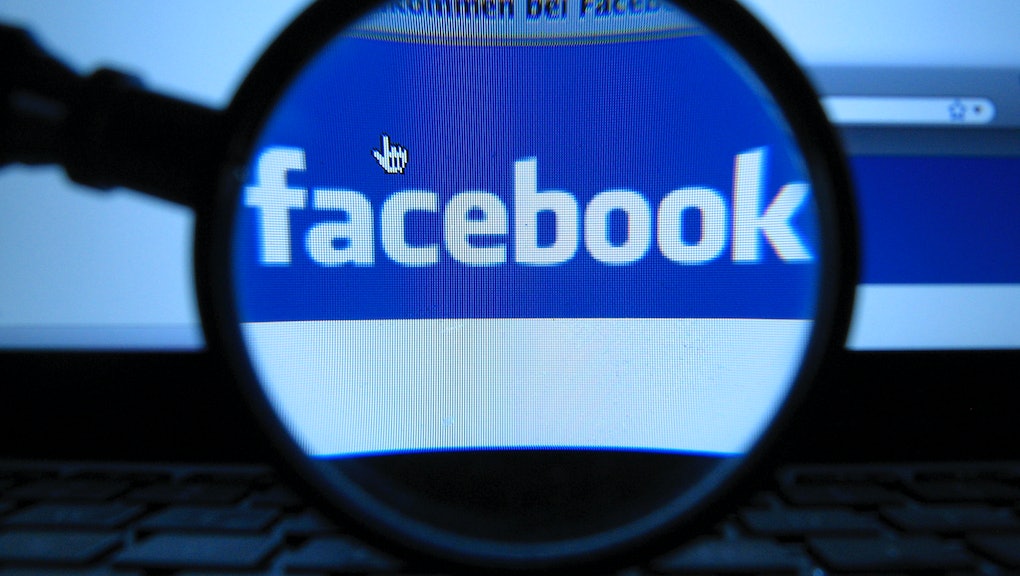 Facebook knows way more about you than it admits

Facebook is constantly collecting data about the location of its users, where they're from and who their friends and family are. And still, most of us have no idea just how much Facebook knows.

According to an analysis by ProPublica, Facebook is buying up swathes of data from third parties without fully disclosing what, exactly, they've learned about its users. A lot of this data is about users' income — sensitive information about how much their assets are worth or whether they shop at "lower cost" department stores.

However, Facebook also buys data about you from shady third-party "data brokers" who skim the web to build "detailed dossiers" on people to sell to advertisers, ProPublica reports.

Facebook has a line about this in its data policy, a single-sentence warning the social media site receives information about you from outside sources:

We receive information about you and your activities on and off Facebook from third-party partners, such as information from a partner when we jointly offer services or from an advertiser about your experiences or interactions with them.

The ProPublica analysis found there are a few hundred "categories" — personal attributions or traits grouping you with similar people — that come from information purchased from third-party brokers. These categories group users by sensitive financial markers, including "total liquid investable assets $1-$24,999" and "individuals that are frequent transactor at lower cost department or dollar stores."

But Facebook insists that if you want the website to know less about you, you can always opt out.

"ProPublica's piece neglects to mention the ways we provide transparency and control around the ads experience on Facebook and off," a Facebook spokesperson told Mic in an emailed statement. "A person can click on the upper-right corner of any ad on Facebook to learn why they're seeing the ad. When they're seeing an ad because they're in a data provider's audience, we tell them that and link to the data provider's opt-out."

Of course, some of these providers require you to submit even more personal information, such as a driver's license or other ID, to opt out successfully — and there's no telling how many third-party providers Facebook buys data from.

But even if Facebook provides the option to "opt out" of certain ads, the data Facebook collects is also used to determine what advertising Facebook doesn't show you, such as ads targeted to people outside your ethnic group or economic class. You can't opt out of ads from which you're already excluded.

When it comes to Facebook's advertising, what we don't see is just as important as what we do.